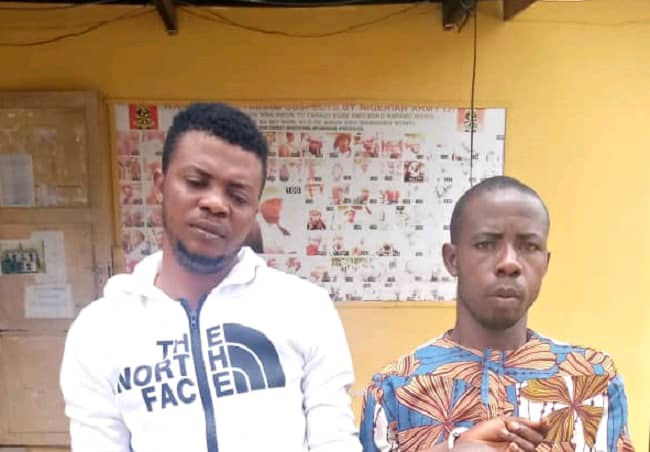 Kwara State Police have arrested a 35-year-old man identified as Wasiu Omonose and his accomplice, Akanbi Ibrahim, 32, for being in possession of human parts.

The suspected ritualists were arrested during a stop and search at Old Ilorin/Jebba Road in Ilorin East LGA of the state, on Sunday, April 24, 2022.

According to reports, the suspects, who were on a motorcycle, were reportedly found with a bag containing the head of a boy and two hands.

According to command’s spokesperson, Ajayi Okasanmi,

“They attempted to evade the officers on stop and search, which aroused the suspicion of the operatives. Consequently, the suspects were hotly chased and forced to stop. In the process of searching them, a bag containing a fresh hum@n head and hands were found in their possession.

Upon interrogation, the suspected ritualists stated that they were taking the fresh human he@d and hands to an alfa in Ilorin for ritu@l purposes.”