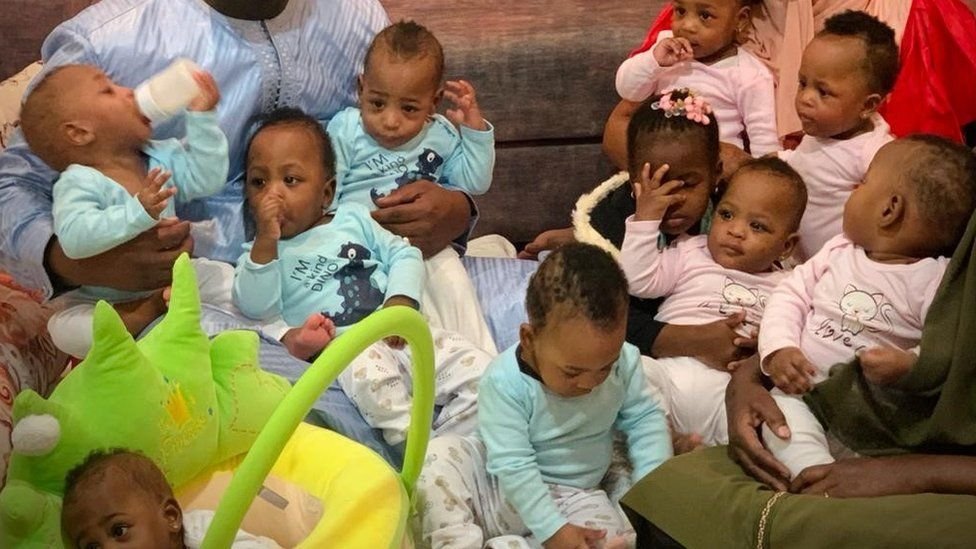 The world’s only living nonuplets — that is, nine babies from the same birth — are thriving and reaching their milestones, according to their father.

“They’re all crawling now. Some are sitting up and can even walk if they hold on to something,” Abdelkader Arby, the children’s father.

Arby and his 26-year-old wife, Halima Cissé, welcomed the babies in Morocco on May 4, 2021. The couple traveled to Morocco from their home country of Mali in West Africa in order to receive specialized medical care.

“At the Casablanca Ain Borja Clinic, we’ve seen all sorts of complicated medical situations, but I have to say that the birth of nonuplets … that’s a first for us

“It’s a first for the whole world, and we’re proud to have had this extraordinary experience thanks to our medical and technical expertise.”

At the time, Alaoui said the clinic’s health care workers were able to prolong Cissé’s pregnancy by five weeks, which allowed her to deliver the babies at 30 weeks.

“So you can imagine our surprise when we discovered nine of them during the birth,” he said. “Luckily this didn’t faze us, since we have one of the largest neonatal resuscitation services in Morocco.