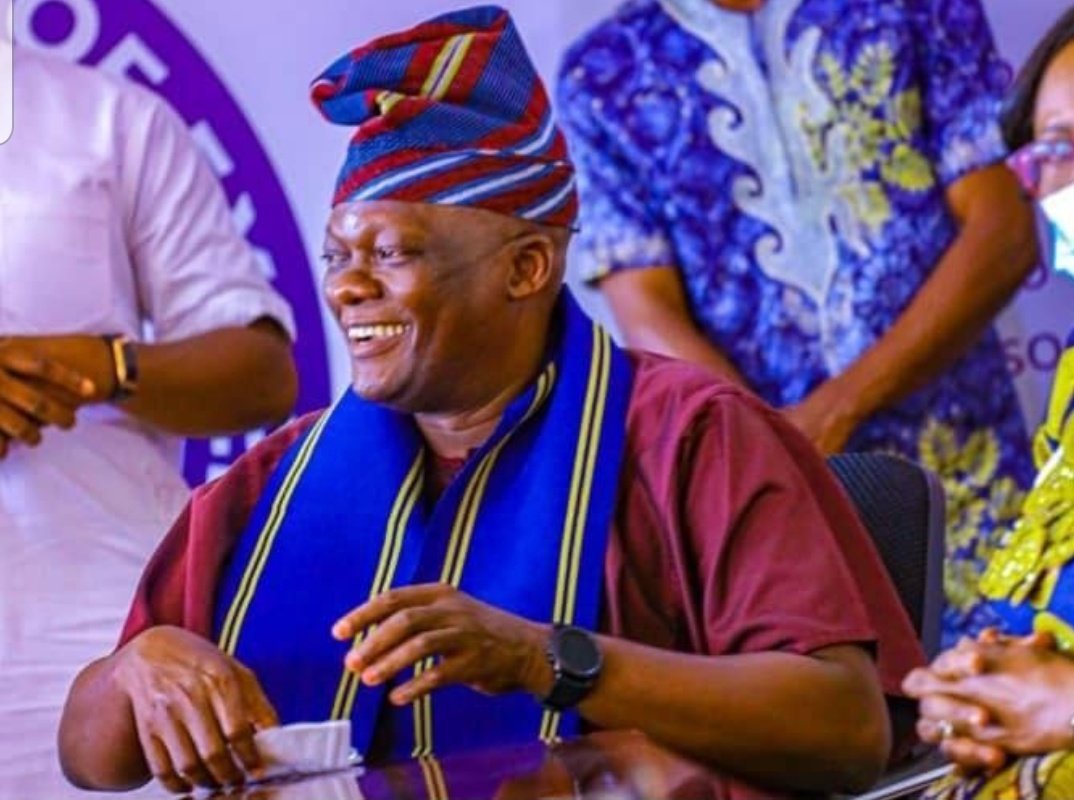 Senator Teslim Folarin, representing Oyo South Senatorial District, on Tuesday, made a formal declaration for the 2023 governorship election and collapse of the Labour Party (LP) into the APC at the Party secretariat, Oke-Ado in Ibadan South-West Local Government Area.

He also read the riot act on behalf of the All Progressives Congress (APC) to suspected thugs of the Peoples Democratic Party (PDP) disrupting the existing peace in Oyo State and threatened that any attempt to unleash violence on any of its members would be resisted.

Folarin who decried the state of insecurity in all the Local Government Areas in the state said the present administration has failed the state in all the sectors of the economy.

The lawmaker who made its intention to contest the governorship election in 2023 known after wider consultation urged its members to always put up resistance whenever suspected PDP thugs launch an attack on them.

“Our government shall be founded on a mission that will prioritise productive agricultural reform, affordable and qualitative education for all school-age children in Oyo State; efficient healthcare delivery for all irrespective of age, gender and status; massive leaning on industrialization that is strongly supported by sprawling agricultural value chain; urban renewal and rural infrastructural development; secured Oyo State where every lawful citizen shall have no reason to fret and stimulating the local economy through employment generation that is anchored on entrepreneurship and innovation.

“I am determined to rescue Oyo State and her hapless people. I promise to remain accessible and in constant conversation with the people of Oyo State. I strongly believe that it is only through discussions and dialogue with the people that a sense of unity of purpose of a people can spring from and dreams of development can transform into reality.

“I urge everyone to join the rescue mission as we embark on restoring the dignity and pace-setting status of the state. Join me to take Oyo State from nadir to the apex of good governance.

“After wider consultations and meetings with all the stakeholders in all the 33 local government areas, I am now making myself available to contest the 2023 governorship election.”

Senator Kola Balogun who described himself as a returnee to the APC accused the PDP administration of wastage, especially the idea of running the street lights on diesel.

According to him, “I am not a decampee but a returnee. I am back home. I am back to where I rightly belong.”

Also, the event witnessed the collapse of the Labour Party into the APC in the state.

Receiving the decampees, the state chairman of the party, Isaac Omodewu, said the party is now in good stead to wrest power from the PDP.