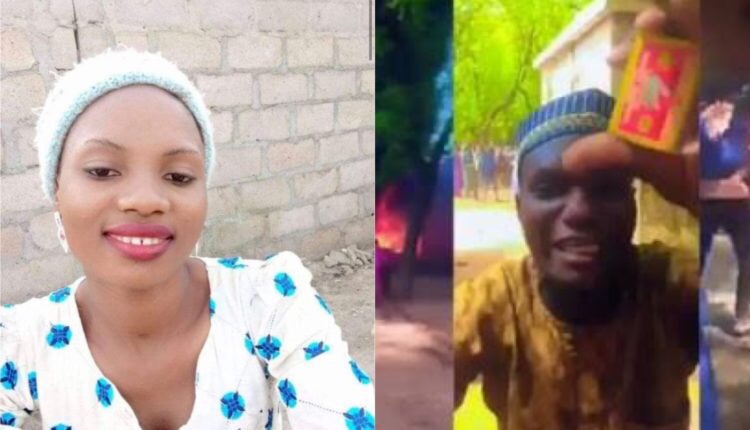 Police operatives in Sokoto State have arrested two persons in connection with the gruesome killing of a female student of the Shehu Shagari College of Education, identified as Deborah Samuel over blasphemy of Prophet Mohammed.

Recall that a viral video of a Muslim mob stoning and burning the 200-level student caused a stir on the internet earlier today, as she was making a blasphemous statement against the Holy Prophet Muhammad (SAW) via social media.

According to the Public Relations Officer, ASP Sanusi Abubakar in a statement on Thursday evening, revealed students forcefully removed the victim from the security room where she was hidden by the school authorities, killed her and burnt the building.

He further stated that the rest of students involved in the unfortunate incident will be tracked down.

“The road was cleared and the situation was brought under control. Two students were arrested in connection with the crime committed,” Abubakar said.