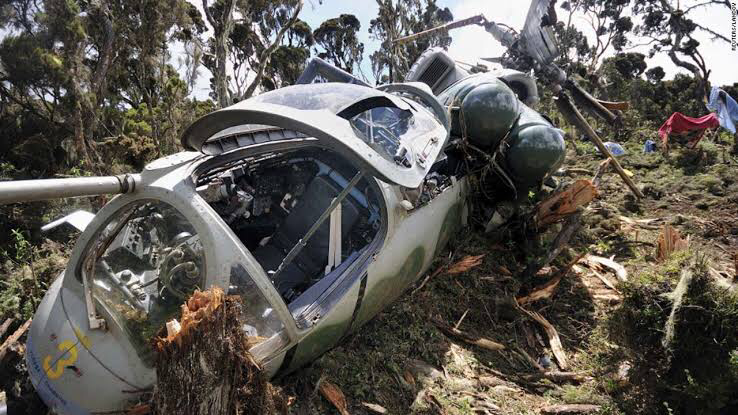 The crash involved a helicopter belonging to Caverton Aviation Cameroon, a subsidiary of Caverton Offshore Support Group based in Lagos, Nigeria, which also controls Caverton Helicopters.

According to Local media reports in Cameroon ,said that the aircraft was flying from Yaounde Nsimalen Airport to Belabo, in the east of the country when air traffic services lost radio contact with the aircraft.

Reports gave the crashed aircraft brand as a DHC-6-400 Twin Otter with the registration number: TJ-TIM.

After the disappearance, a search-and-rescue operation started, which led to the discovery of the aircraft in a forest, not far from Nanga Eboko.

The aircraft carried oil workers. None of the passengers survived the crash.

The company stated, “This is to bring to the notice of the entire workforce that with effect from May 7, 2022, the contract held by Caverton Helicopters Limited for the provision of aircraft services for both the JV and DW operations have been terminated. Chevron is currently working on securing an alternative service, and this will be communicated soon.”

The helicopter company had earlier lost the Shell and other major contracts and no reason was given by the company for the recent losses of clients.