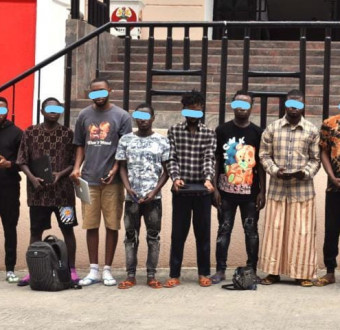 It was gathered that the suspects were arrested in the early hours of Tuesday, August 3, 2021, at different locations in Dawaki and Dutse areas of Abuja, following reliable informations on their alleged fraudulent activities.

The items recovered from the suspects included 32 smartphones, 3 laptops and Two cars (a Toyota Camry and Mercedes C300),

Once investigations are concluded, the suspects will be charged to court.