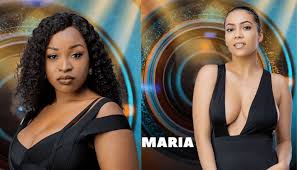 Just after 13 days in the House, different fights have ensued and they are all results of misunderstandings leading the ladies down a rabbit hole of gbas gbos

On Friday a fight broke out between Jackie B and Maria while in the closet. The verbal exchanges spilled over to Liquorose and Beatrice.

Jackie B earlier had a brief fight with maria when she called her a hoe and Maria said she already apologized, but Jackie B would take none of it.

Maria said: “I apologised to you twice, you’re still making it an issue.