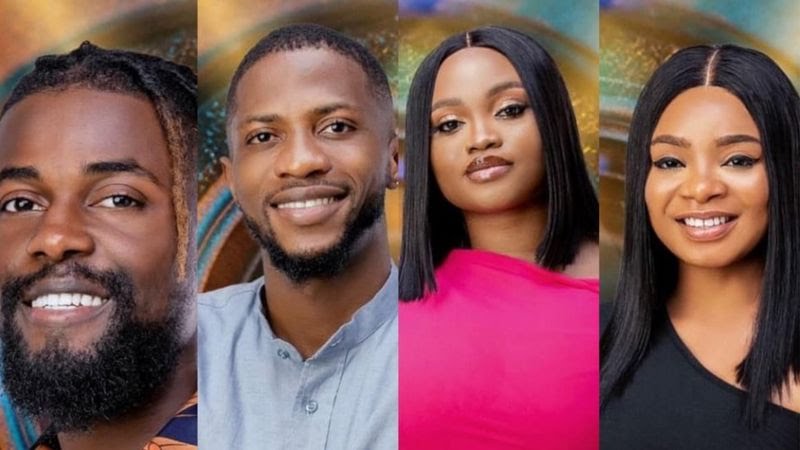 Three of the BBNaija 2021 housemates, Yerins, Niyi and Beatrice have been evicted from the ongoing Big Brother Naija season 6 show.

While it was certain that at least one of the Nominated Housemates was going to be out, no one imagined that four new house mates will be added.

In a surprising twist, a total of four new Housemates were introduced into the game tonight, meaning that the full complement of Housemates has gone up by one, rather than down.

What Big Brother intends to achieve with this new addition is still unclear but analysts of the show believe that the current housemates haven’t been entertaining enough.

“A bad boy with magnetism” and “open minded”, are some of the words Micheal uses to describe himself. The 28-year-old musician and aspiring filmmaker was born in Lagos, then moved to the United States of America as a teenager – but is currently based in Abuja.

Calling himself a “curious participant of life”, he said he likes to explore interests and people with an open mind and maintains he is dedicated to growing into the best version of himself. In his free time, you will find him writing, creating music or pursuing his interests in cinematography

A 23-year-old law graduate from Kwara State, JMK has aspirations of becoming a certified member of the Nigerian Bar. Apart from music, dancing and traveling, she enjoys cooking and the simple pleasures of life. She describes herself as “a sexy, confident and adventurous foodie” who loves to help people. She believes her presence in the Big Brother Naija House will help build her brand and will help position her to advance further in her career.

In addition, she wants the exposure and life changing experience that the platform provides, to assist in her advocacy for social issues.

Originally from Ogun State, 26-year-old Kayvee currently resides in Lagos, where he works as a photographer. His hobbies include playing football, clubbing and playing cards.

He believes he is innovative and fun to be around, and says people call him handsome. Kayvee says his career high point is when he had the opportunity to photograph one of Nigeria’s biggest artists.

While he likes to experiment with styling and colouring his hair, he says that harassment in the streets has put a damper on this aspect of his life.

Queen, 26, is a philanthropist and aspiring politician. She hails from Akwa Ibom State and has a mom she adores and three beautiful siblings that she loves.

She is a Tansian University graduate and an international beauty queen. Queen describes herself as “beautiful, courageous, and fearless” and reckons being raised by a single mother taught her a lot about life.

An ambitious and driven person who values everyone around her, she considers herself a true leader and an excellent communicator who is very calculating, loyal, and peaceful.