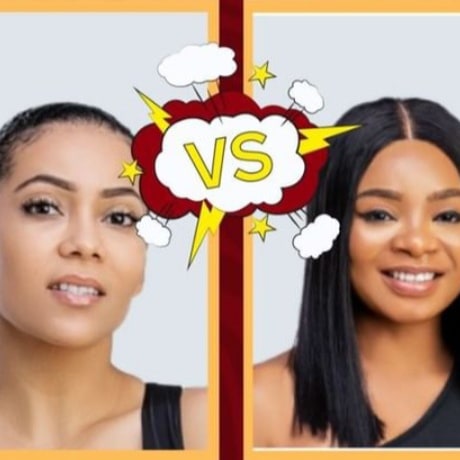 Barely three days after Queen got into the house, she got into a battle of words with Maria the deputy Head of House over Pere

According to Queen, someone had mentioned in a conversation that Pere is very strategic in his dealings in the House, a statement Queen agreed with.

Maria seemed to take exception to this and made a comment of how Queen has only been in the House for two days and can’t already know how Pere rolls. “Two days and you already know he’s strategic?” she said

This had Queen flying over the edge because she felt like Maria was undermining her since she is new and was trying to make her feel less-than because she just arrived in the House.

Queen didn’t take this statement lying down and called Maria to the side for a conversation. When Maria decided she was not going to entertain it – and walked away, Queen flew into a rage.

Pere and the rest of the Housemates tried to get the situation under control as an incensed Queen voiced out her frustrations loudly and had a go at Maria. Maria also gave it back, but eventually, Pere asked the ladies to calm down.