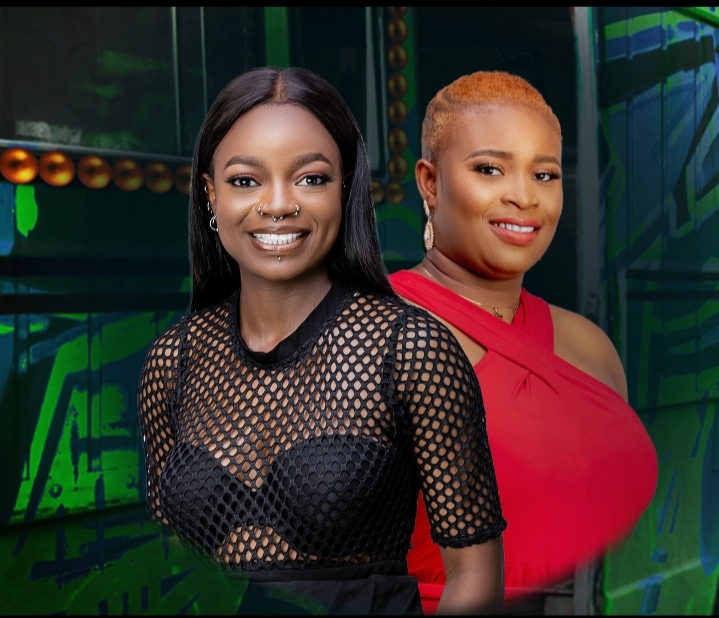 Recall that six housemates were up for eviction – SASKAY, PRINCESS, TEGA, ARIN, NINI and EMMANUEL. SASKAY was declared safe by Ebuka

Arin was called up first as one of the Evicted, and it was time to pack her bags and leave the House, leaving with the good-bye hugs most of the housemates gave her.

During her time onstage with Ebuka, she said that everything that happened since she entered the House was positive – which was in stark contrast to the videotape of her angry moments over the past three weeks.

When questioned about that. she told Ebuka that she couldn’t turn her emotions off even if she had wanted to do so. After saying her goodbyes, she exited the Big Brother stage for the last time.

Ebuka then returned to the waiting and very quiet Housemates, He asked the Nominated Housemates to stand, then told them he’d be back, later.

Ebuka however came back to inform them that Emmanuel is safe, he also informed Tega that she was safe, which was met with much joy, all around.

After informing Tega, NIni, Saskay and Emmanuel they were safe, the 2nd evicted housemates was apparently Princess.

Speaking to Biggie earlier today, Princess said that –if evicted she would focus on the one thing she has always wanted to do: develop a Taxi App.

Before taking her final exit from the Diary Room, she started to tear up, calling her time in the House, “a dream come true.”

She didn’t waste any time leaving the House, waving off any attempts to give her a hug and getting out of the House before Biggie had even started his countdown.

She did take the chance to reveal to the Housemates who her real crush was – Cross. Then she was out the door, quick as a flash.

Ebuka for sure shaked things up tonight, and there will be some restless nights in the Big Brother House, tonight.