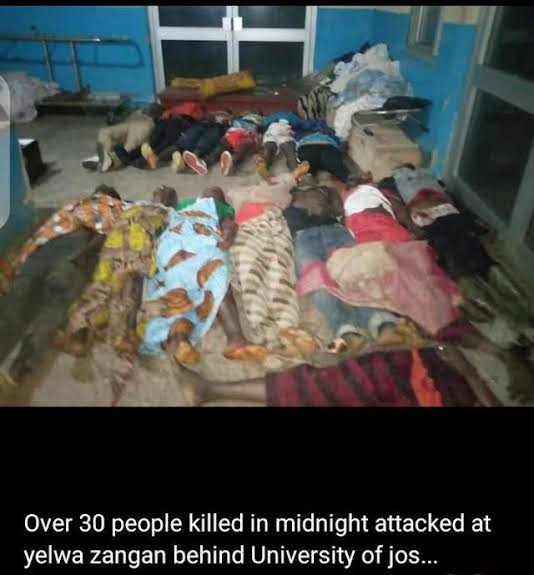 About 36 persons have been burned to death after Fulani bandits attacked Yelwan Zangam community in Jos North Local Government Area of Plateau State.

The massacre reportedly occurred in the early hours of Wednesday, August 25, while women, children and the aged were sleeping.

Shocking footage of the aftermath of the attack has been shared on Facebook.

David Zaion, a member of the community, who confirmed the attack, said the bandits invaded the community and started killing.

‘We have recovered 36 corpses of people who were killed by the Fulani, most of the corpses were burnt beyond recognition,’ he said.