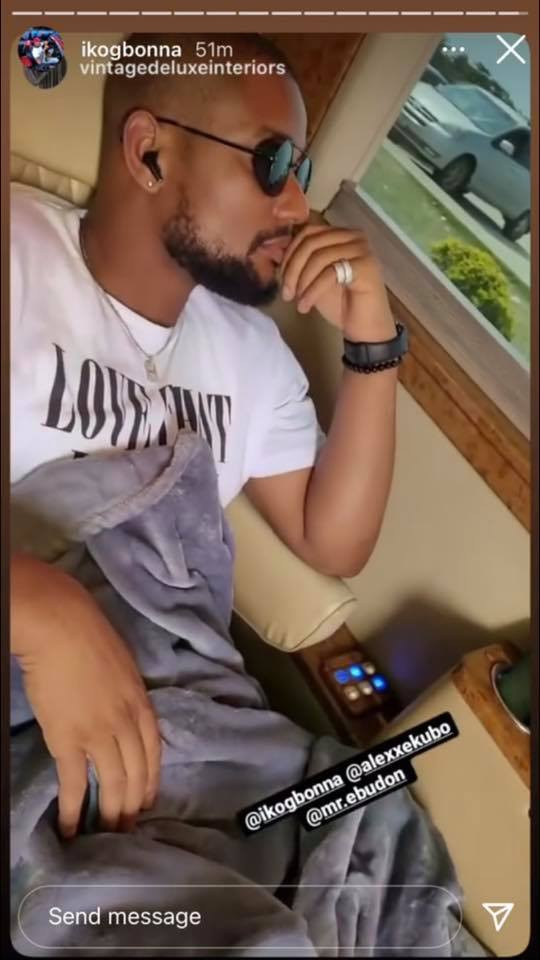 A video of Alex Ekubo lost in thought while on a luxury ride with his friend and colleague, IK Ogbonna, has been shared online.

It was gathered that the two were travelling to Port-Novo, Benin Republic with other friends/acquaintances.

The video was shared by businessman, Francis Nwaogwugwu a.k.a Vintage, hours after the actor’s fiancée, Fancy Acholonu confirmed that she has called off their engagement.

While IK Ogbonna vibed to the song in the background, Ekubo seemed to be unaware of what was happening around him.