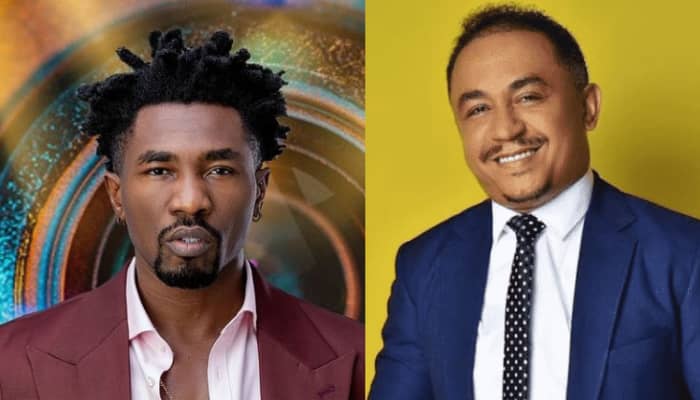 Boma’s Instagram page became private Shortly after leaving the house when several negative comments trailed his page due to his behaviors during his last week in the house.

On Monday, Boma reportedly took to his Twitter page to tender his apology to fans for his shortcomings.

” ‘You have to make mistakes to find out who you aren’t. You take actions and the insight follows: you don’t think your way into becoming yourself.’ I take full responsibility for my actions, and I am sorry. It only gets better from here,” he wrote.

Responding to the tweet, Daddy Freeze said he could not get over Boma’s misconducts in the house and asked him to work on himself.

“What I can’t get over is the gossiping, snitching, and the kissing and telling. Work on yourself, bro,” he wrote.

During his last days in the house, Boma got involved in a relationship with fellow housemate Tega, who happens to be married.

Their relationship obviously brought about the anger many viewers and arguably led to low ratings in the voting polls for both of them. Eventually, they were both evicted from the competition on Sunday, day 43 of the show.