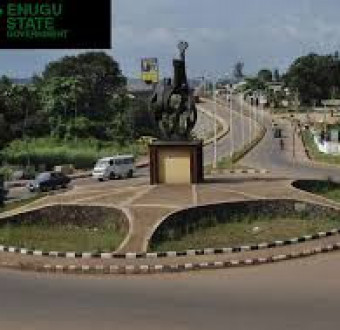 A man identified as Eke Ofia, has been apprehended for allegedly beating his eight-months pregnant wife to death over food at their home in Ogwuagor in the Abakpa Nike, Enugu East Local Government Area of Enugu state.

It was gathered that Eke who runs a scrap metal business on Nkpor Street, Abakpa, allegedly returned home drunk on Wednesday, September 9, and demanded food from his wife.

The wife told him that she had no food to give to him as he did not give her any money for her to make any food.

She reportedly mentioned to him that the little food in the house was meant for their children. Her reaction got him angry and resulted into beating her until she slumped.

Concerned neighbors immediately rushed the woman to the hospital where she was admitted. She however gave up the ghost on Thursday, September 9.

Their Neighbors also mentioned that the couple who were married for over ten years were constantly at loggerheads as the man failed to cater for his family needs.