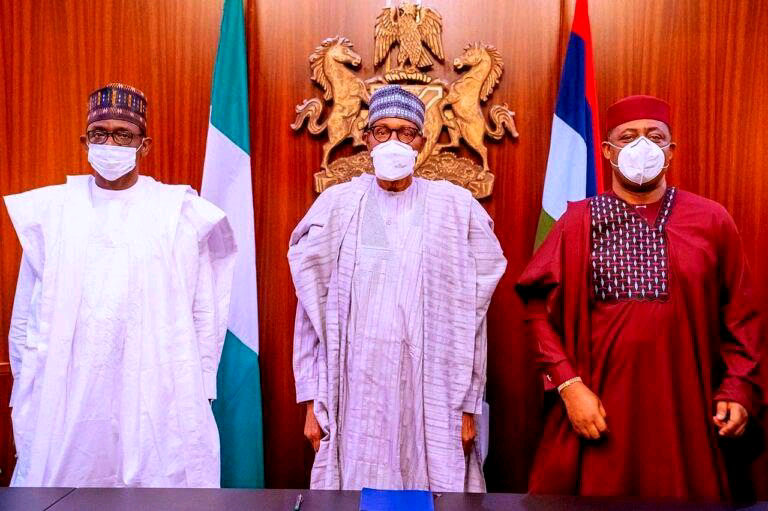 Former Minister of Aviation, Mr. Femi Fani-Kayode, has joined the All Progressives Congress.

He was presented to President Muhammadu Buhari by the Chairman, Caretaker Committee of APC, and governor of Yobe State, Mai Mala Buni, on Thursday at the Presidential Villa, Abuja.

Fani-Kayode was one of the prominent opposition voices in the country,He was a former spokesman for PDP Presidential Campaign Council.

Fani Kayode joined the ruling party months after moving around with APC governors, including defending some of ministers and Federal Government’s policies.

A presidential aide known as Told Ogunlesi revealed this through his facebook page“Today at the State House, Abuja: Somebody has come and joined the APC. And a large-hearted and magnanimous President received him. Because that’s the essential Buhari for you,” a presidential aide, he wrote attaching pictures of FFK and his boss.

The former minister said he was led by the spirit of God in his decision and that he joined APC to help for the unity of the country,adding that he was against anything that would cause the disintegration of Nigeria