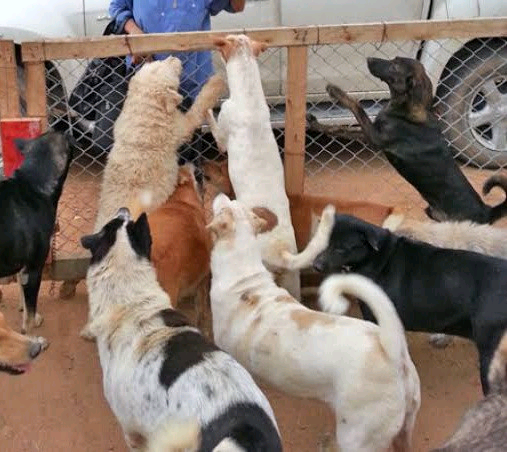 10 dogs belonging to the proprietor of Global Growth Academy, Amokpo, Umuanunwa, Nteje in the Oyi Local Government Area of Anambra State, have devoured a 2-year-old pupil.

The proprietor of the school, Chinedu Okaa, is said to be a UK returnee.

Despite knowing that rearing of dogs is prohibited in the community, Okaa went ahead to rear dogs in the same compound where his school is located

On Monday, September 13, a 2-year-old boy was brought by his parents who wanted to enroll him in the school.

While the parents were sorting out the child’s registration, the child wandered off and the dogs attacked him and dragged him to their cage, where they mauled him to death.

Following the incident, angry youths stormed the school and killed all the dogs.

Reacting, the monarch of Nteje community said the UK returnee knows that dogs are prohibited in the community, yet went ahead to rear them. He added that what the man has done, which resulted in the death of a boy, is tantamount to murder.

He stated that they have handed him over to the appropriate authorities and they would make sure that justice is served.