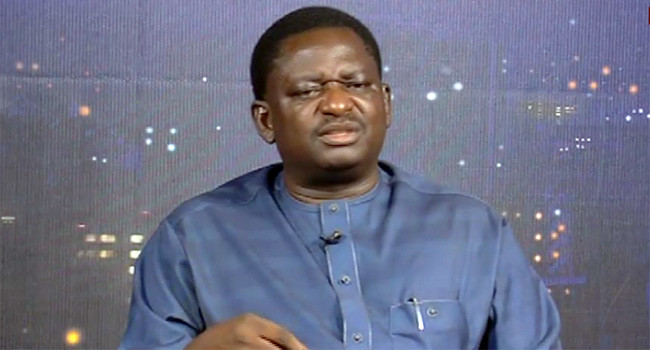 The Special Adviser to President Buhari on Media and Publicity, Femi Adesina, has revealed that the federal government is not interested in naming and shaming sponsors of terrorism.

According to him, the government is much more interested in bringing those involved to face justice

Adesina said this during a recent interview with Channels TV where he was asked if the president will address the recent move by the United Arab Emirates to place six Nigerians on terror list. The Nigerians are six of 38 individuals whom the UAE suspects to be financiers of terrorism.

While responding, Adesina said the government will not name and shame such people.

You see that the UAE had released some names and the AGF has responded saying that in due course, all these people will have their days in court. Rest assured that justice will have its way.”he said

He further disclosed that investigation on the issue is underway at different levels.