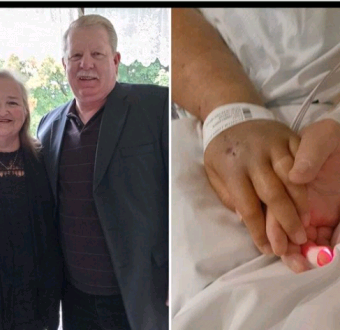 The husband, 59, and wife, 66, from Grand Rapids Michigan, both got the disease earlier in September, before a family camping trip. Both had underlying health conditions.

According to their surviving daughter Sarah, the couple were churchgoing and outdoors enthusiasts who put family first.

“The love that they found together after a previous marriage is fantastic,they were the people that you just looked at and you were like, ‘I want to be old like that, I want that love when I’m that age.’”

“[My dad] called me before our family camping trip and said he wasn’t feeling good but he thinks it’s just like sinus, and [Linda] caught it and she’s like, ‘He gave me his cold,’” Sarah explained.

“The third day they woke me up and said, ‘We’ve got to go because we don’t feel well.’ So I packed them all up and they left,” she said.

A few days later, the couple was hospitalized and placed on ventilators.

On Monday, they were taken off life support and were pronounced dead, The New York Post reported. Cal died at 11:07 a.m. and Linda died less than a minute later. Both were noticeably holding hands.