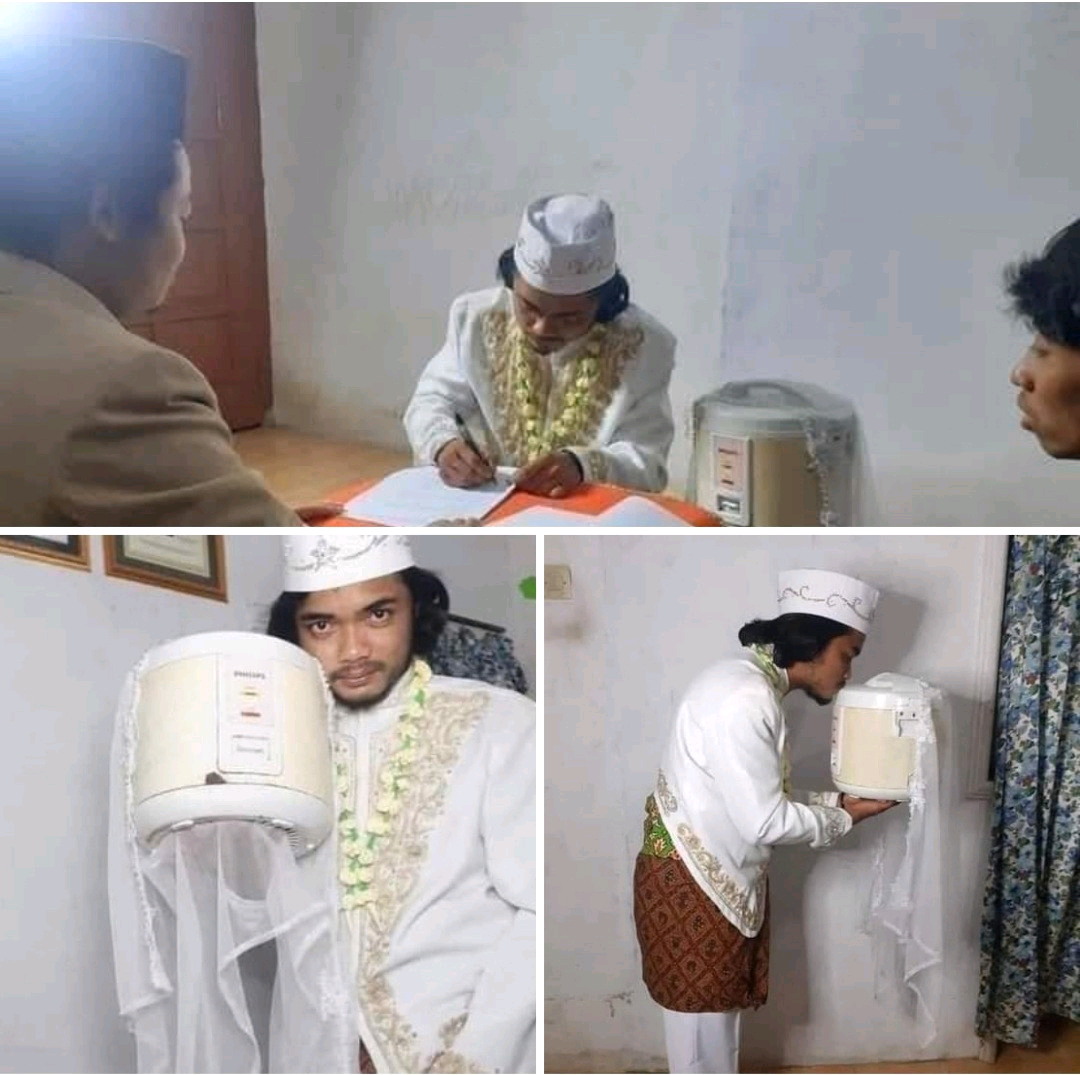 Am Indonesian man identified as khoirul Anam has made the headlines after he got married to a rice cooker.

The man’s wedding ceremony to his beloved appliance went viral on social media after he shared series of photos showing him dressed up in wedding attire, while the rice cooker was covered as bride’s veil.

In the caption, the man named Khoirul Anam hailed his new bride. He said she is “white (fair), doesn’t talk much, and great at cooking

Anam posted the pictures on his Facebook page to announce his marriage with the rice cooker on September 20.