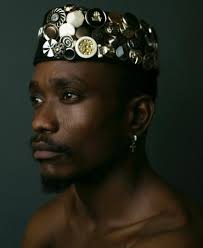 Fans of Nigerian singer, Olawale Olofooro, popularly known as Brymo hailed the artiste for his performance at his concert tagged ‘Organised Chaos’.

The concert which was held on Friday at the Landmark Beach, Lagos, was announced shortly after Brymo thrilled fans with a surprise release of two albums.

His album which was Released on September 19,titled “Esan” and “Harmattan and Winter” both had nine tracks, and are Brymo’s eight and ninth studio albums respectively.

Fan took to Twitter to give testimonies of their experience at the concert.

“Posting a video of the concert, @OG teamie tweeted, “People were singing along to songs off Brymo’s new album and it’s barely a month old that man has real fans and it’s beautiful to see.”

Another fan, @feranmi Olowoyo said, “I don’t think I’ve had goosebumps on my body because of a musician. I had one today. Brymo, you deserve every good thing in life. Thank you for sharing your creativity with the world.”

In a similar reaction, Jove @mickey_joveson on Twitter wrote, “Brymo sends chills down my spine.

“What is an organized chaos? This is it!! To think that Brymo performed songs from an album released about two weeks ago and people were singing word for word!” @henry_awaka tweeted”

Crediting the artiste for creating a magical experience, Ty majeks wrote, “Brymo’s concert was not just fun. It was soothing. Enjoying good music with the cool sea breeze, and every single person singing at the top of their lungs. Pure magic .”