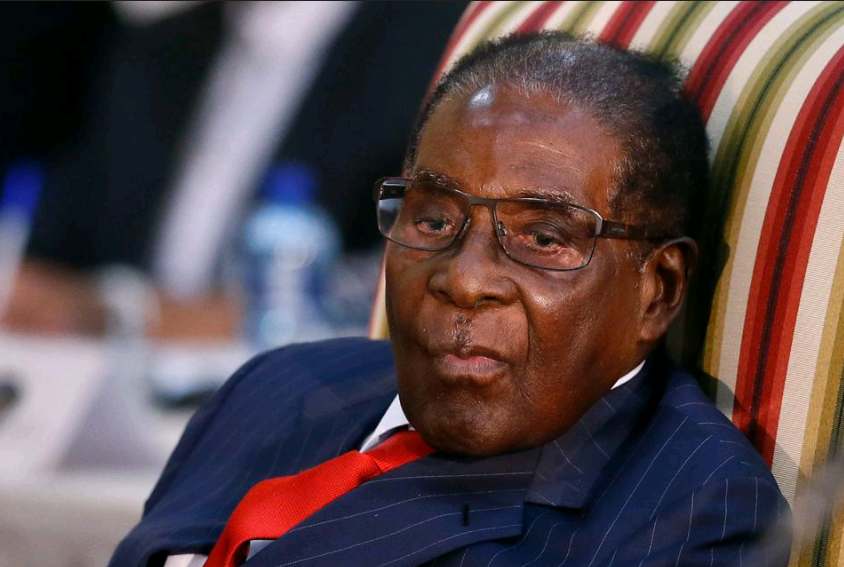 Family of former Zimbabwean President, Robert Mugabe has said that his bitter spirit is fighting from the grave following report of death of a Chief and that those who allegedly pushed for the exhumation and reburial of Robert Mugabe are not feeling well.

Mugabe died in September 2019 and his remains were buried at his rural home in Kutama, Zvimba, after his family indicated that he wished to be laid to rest there.

This however led to a face-off with a group of Chiefs who questioned the decision. Chief Zvimba had ordered Grace, Mugabe’s widow, to ensure that the former Statesman’s remains were exhumed and reburied in Harare.

Chief Beperere, born Alfred Tome, who succumbed to Covid-19 last month backed Zvimba on the order. However following Chief Beperere’s death, the  family now claims he was a victim of Mugabe’s vengeful spirit.

Beperere’s son Edward, who was spokesperson for the Zvimba chiefs when they met President Emmerson Mnangagwa in September last year is now allegedly afflicted by an undisclosed ailment.

One of Edward’s sons is also said to be sick, while Chief Zvimba and Chidziva are reportedly now bed-ridden. Tinos Manongovere, the headman who took Grace Mugabe to the traditional court demanding Mugabe’s burial, blamed Chief Zvimba’s woes on old age.

“There is nothing amiss about his ill health.

“Remember he is advanced in age. At more than 80 years old you can’t expect him to be running up and down like a teenager.”

However a member of Mugabe’s family, Dominic Matibiri maintained that the former President’s spirit is “settling issues with the living”.

“The spirit of the departed has a way of settling issues with the living.

“As Mugabe family, we will not mourn Chief Beperere with others because we feel that he was being punished by the avenging spirit for taking part in the ex- humation judgement.”