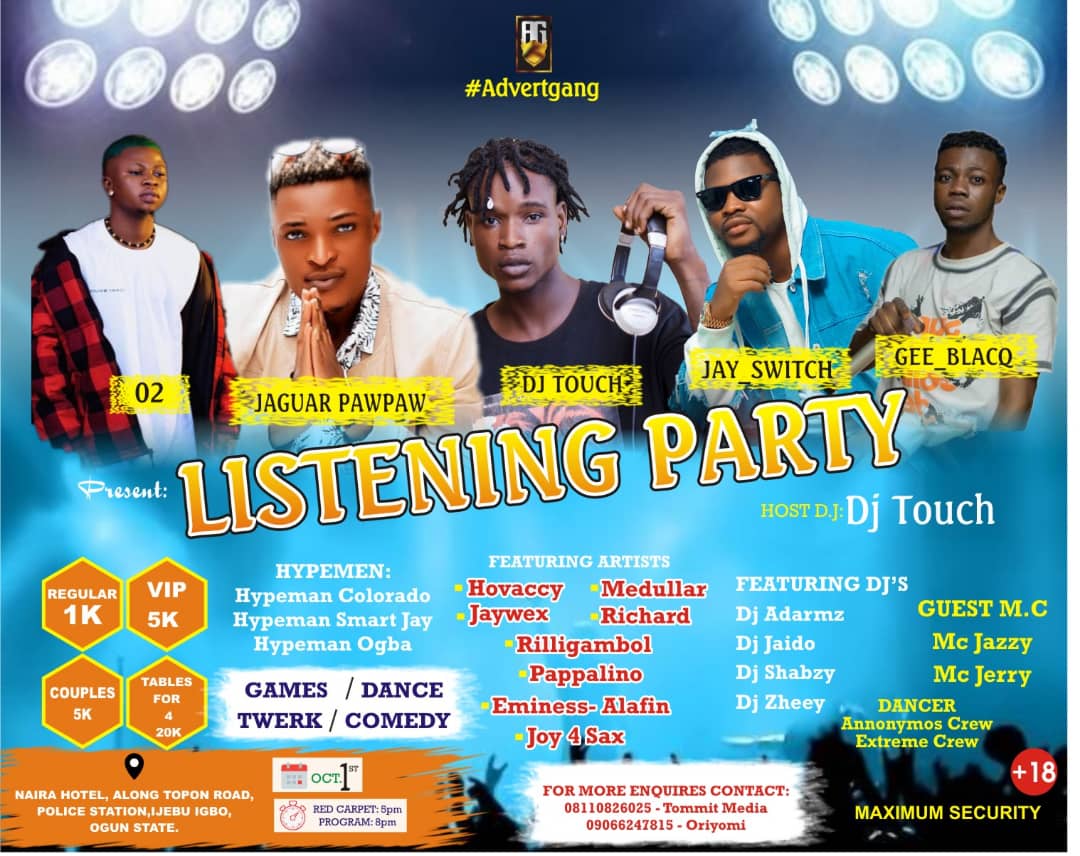 The founder of MarvelTvupdates has commended Olalekan pka Dj Touch, and acknowledged that the party is the first of its kind which has occurred in the history of Ijebu Igbo entertainment industry.

In his words, he said “To be honest, Undisputed Dj Touch has revived the entertainment spirit in the Ijebu Igbo community which we all appreciate.

“In his way, he has displayed a very good act, having created a landmark and giving several people to enjoy entertainment in the whole of Ijebu neighborhood.

“I am happy and honored to be a part of this development. Truly, he is an industrious indigene of Ijebu Igbo.” He added

The show started with a red carpet and later proceeds to interviews with prominent artists, Disk Jokers, Dancers, and fans.

In a brief interview with Dj touch, the host of the event, he said “I would like to appreciate God Almighty for the success of this events. It was more than I thought, and it’s a huge privilege for me having known that people are well entertained.

“I would also like to thank my crew, the artists, dancers, Mcs, bloggers, and fans that are present for the show. They are all the real VVIP. It was an event I can never forget. And marvel Tv crews, double tuale for una” he added jokingly.