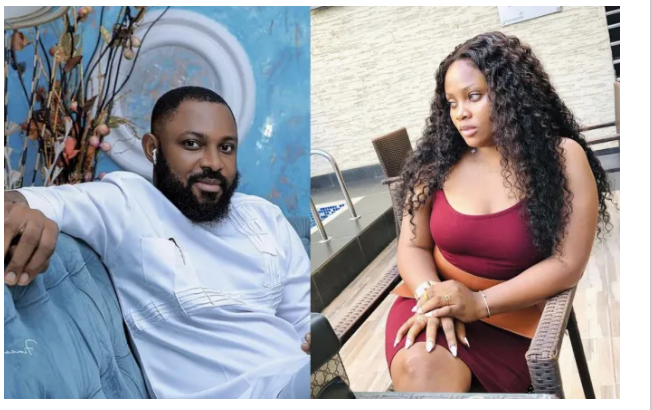 Big Brother Naija season 6 housemate Tega has opened up on how she found out her husband, Ajeboh cheated on her in their matrimonial home.

Recall that while Tega was in the house, her husband took to social media to spill some shocking details about their marriage. He confessed to cheating on his wife on their matrimonial bed and how the act of infidelity caused their marriage to go sour.

Confirming the the story in an interview with media personality, Chude Jideonwo, Tega said she found out her husband was cheating through a trance.

According to her, she had a trance about her husband’s affair, which was she confirmed by people on her street.

“BBNaija was like a distraction and experiment for me after my dad’s death and my husband cheating which left me devastated. Yea I contemplated voluntary exit a number of times and was looking for a distraction.

I got to know my husband cheated on me and brought the lady home. I’m used to talking to people in my street so I asked them about him. I got to know he brought the girl home which made me so angry and then we talked about it but it was so defensive”, she said.

The reality star added that her husband’s justification for cheating drowned her spirit.

“What really broke me was when he confronted me that I went to Lagos and that forced him to cheat. That made me go into BBNaija, I’m crazy but spiritual too. I had a trance about him cheating too. So when I got into BBNaija I told my husband that whatever he sees in the house he should just use the buzz for his business and not anything personal.” She added.