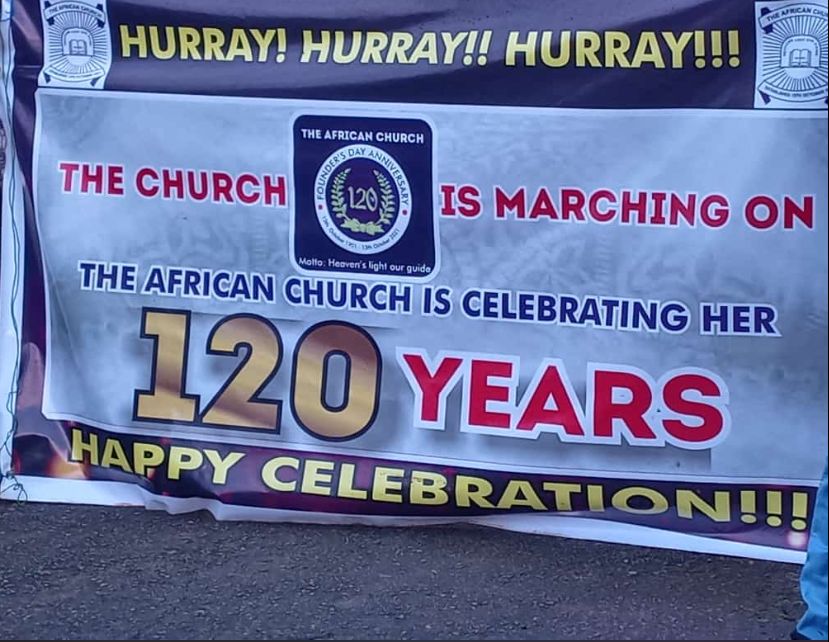 The African Church is an African inducted Church founded in 1901, and was formed as a result of a disagreement in the Anglican Church between missionaries and a group of African Christians over indigenous leadership.

This effort was led by J.K Coker, a wealthy lay man often regarded as the father of African Independent Churches and now the church would be celebrating it’s 120th Anniversary this year October.

The Church held its first service on 17 October 1901 by J.K Coker and a group of ministers that disagreed with the Anglican Church European leadership led by Bishop Turgwell then of St. Paul’s Church. The church met at the Rose Cottage, Marina for its first service (this is the present site of Leventis Stores, Marina)

In its doctrine and liturgy The African Church has remained close to the Anglican tradition. Its mission statement reads: “The African Church receives and accepts the Bible as the standard of its faith. She also accepts the Old Testament and the New Testament as being canonical, and sufficient for salvation. She accepts and believes in the Fatherhood of God and the Holy Trinity”.

The highest governing body is the general conference and the church runs three schools, two hospitals and some social centres and development projects. It publishes a guide for daily Bible reading (in English and Yoruba).

However, the church’s anniversary celebration is scheduled to hold by September and October, 2021 as the church would be clocking it’s 120th year on the 13th of October 2021.

In the Primate’s statements to the press, he mentioned that the church has produced 12 Primates till date, and 25 Lay Presidents. Part of the statements here reads;

“The church came into existence precisely on October 13, 1901, and has gone through many hurdles to get to where it is today and it is no longer news that the church broke out of the Anglican Church (CMS).

“From inception to date the church had produced 12 primates and 25 lay presidents, we have branches all over the country with seven provinces comprising 47 dioceses in every geopolitical zone of the country.

Primate Abbe also said the anniversary would allow them to break forth and achieve all its set goals, which include aggressive evangelism to win more souls for Christ

It’s however noteworthy to mention that the misunderstanding Between Primate Julius Olayinka Osayande Abbe and His eminence, Emmanuel Josiah Udofia has been resolved. The Church has reconciled both parties and the crisis is all over

The Church Mission and Vision is “To proclaim Jesus Christ faithfulness, to declare the ways of the Lord to the world, so that they can live a righteous life and seek their salvation with fear and trembling”