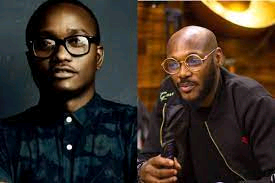 He said this In a tweet shared on his handle today,he said he is yet to receive anything official or summons to court from 2face or his representatives.

“Let it be public knowledge that I have received no documents of any kind pointing to my being sued by Mr Idibia. Or his handlers or attorneys… the impunity with which he lied to all of society in the letter and public statement should rightly pose a setback,” he tweeted.

Both singers have been at it with each other on social media over the past weeks after Brymo alleged that 2Face accused him of sleeping with his wife, Annie Idibia. Read here.