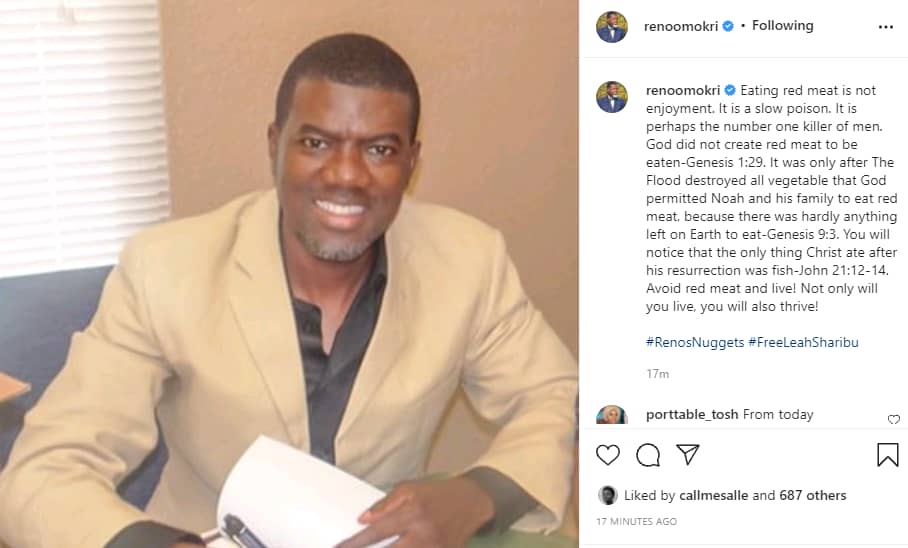 Human rights activist and writer, Reno Omokri has warned his fans and followers against the consumption of red meat.

Reno in a post shared on his official Instagram page averred that red meat is slow poison and was not created for human consumption.

According to him, red meat is the number one killer of men and not meant to be eaten. Speaking further, he quoted scriptures to back up his claims.

”Eating red meat is not enjoyment. It is a slow poison. It is perhaps the number one killer of men. God did not create red meat to be eaten-Genesis 1:29. It was only after The Flood destroyed all vegetable that God permitted Noah and his family to eat red meat, because there was hardly anything left on Earth to eat-Genesis 9:3. You will notice that the only thing Christ ate after his resurrection was fish-John 21:12-14. Avoid red meat and live! Not only will you live, you will also thrive!”