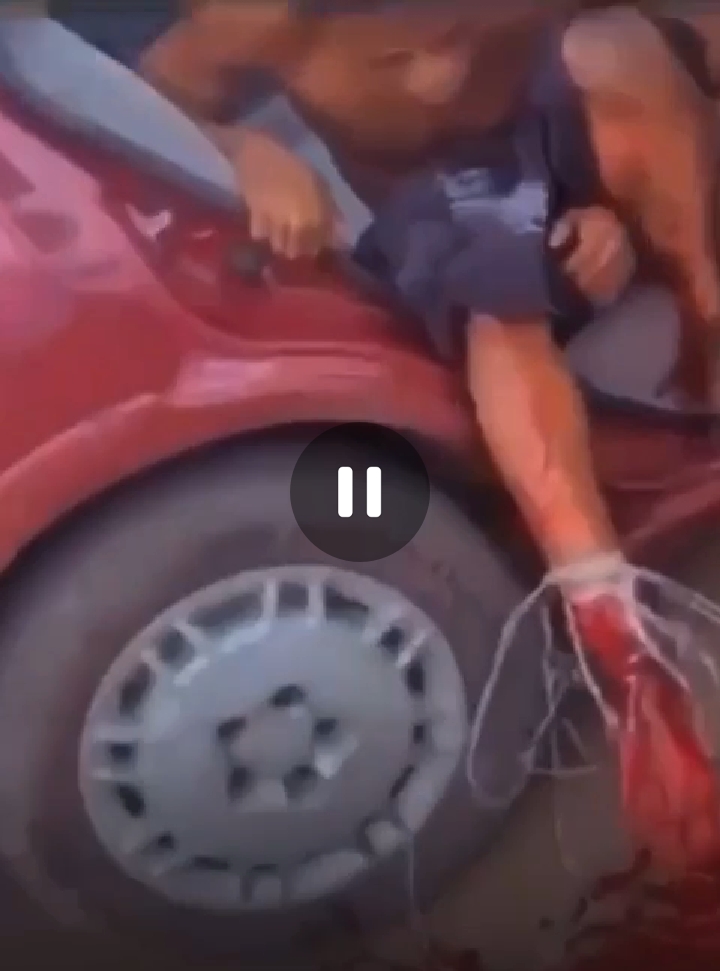 A 300level student of Tai Solarin University of Education (TASUED), Ijebu Ode Ogun State has been allegedly shot in the leg by an unidentified policeman during a stop and search in which an argument ensued from.

The victim simply identified as Akorede is currently in pains battling for his life in a hospital. The incident happened during a stop and search at Odogbolu area of the state on Wednesday, October 2021.

The policeman who is attached to the Oru Divisional Headquarters searched the victim’s phone(Akorede) and found nothing after he was stoped. However an argument ensued and he shot Akorede in the leg. While trying to escape, he is was caught by the rsidents who witnessed the incident.

The policeman has been taken to the police station so as not to be lynched by the angry mob. The victim has been taken to an hospital for treatment and although the bullet has been removed, it’s possible that he might not walk properly with his leg again.

A source said the Federal Government should take solid action against police brutality in the nation.