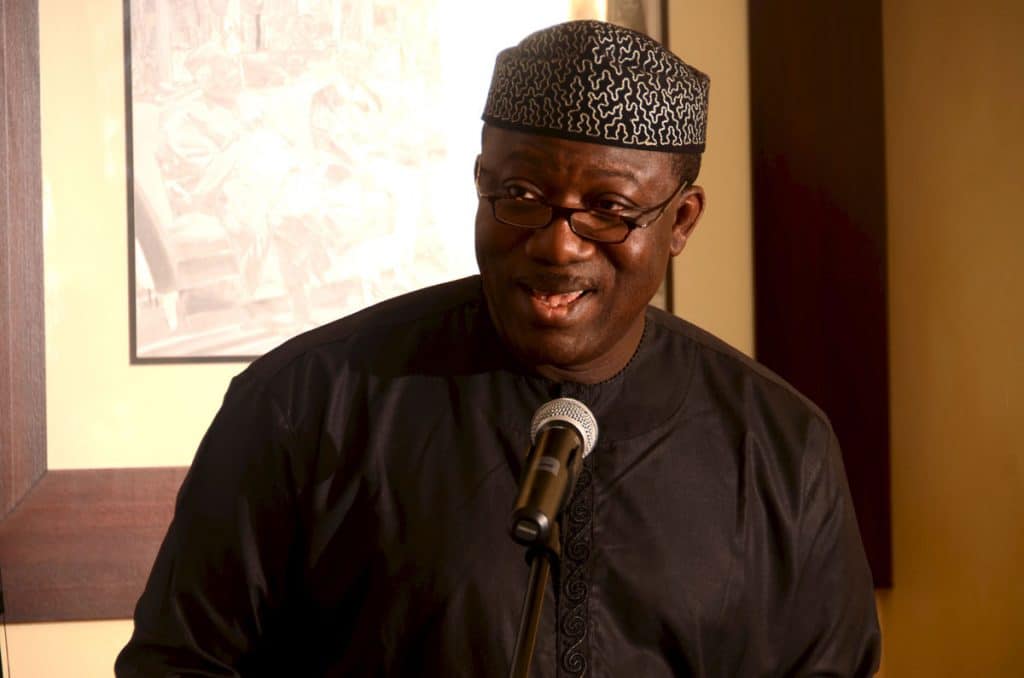 Ekiti State Governor, Kayode Fayemi, has commended the process that led to the emergence of the newly elected State Executive Committee of the All Progressives Congress (APC), describing it as peaceful, adding that it was a reflection of the desire of members of the APC to move the party forward in the state.

Fayemi spoke in Ado- Ekiti on Saturday, at the end of the State Congress that produced Barr Paul Omotosho as state chairman and Hon Sola Elesin as Vice Chairman. The Governor thanked officials of the National Congress Committee led by Alhaji Yusuf Galambi and the Local Working Committee for doing a yeoman job that made the process seamless and transparent.

According to him, the newly-elected executive members of the party emerged through a consensus process that was in tandem with the stipulated guidelines of the congress committee set up by the party’s headquarters in Abuja and received the endorsement of all the state delegates at the congress.

Governor Fayemi, who also said he was glad that the process was hitch free, commended the delegates for conducting themselves in a manner that reflected the ethos and principles of peace, progress, stability and unanimity of purpose that the party represented.

“This has been a remarkable event and it has gone on peacefully, it has been resolved consensually and it has received the endorsement of all the State delegates here present on behalf of the party from all constituencies in the state.

“This is what we are about in APC, we are about peace, we are about progress we are about stability and unanimity of purpose haven done our homework in the various local government and haven been presented with your nominees from the Local government, I am glad that this process has gone on without any hitch. All that remains for me as the leader of our party is to thank the congress committee from Abuja immensely for the great job they have done,” he added.

The Governor added that the need to work collectively with the newly elected committee so ad to ensure that the determination and commitment of the party to produce the next governor of the State in 2022 comes to reality by providing a level playing field for all interested candidates.