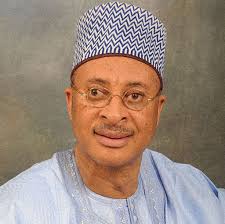 Professor Patrick Utomi, who’s a Political economist and former presidential candidate, and Human Rights lawyer, Mr Femi Falana, are billed to attend a lecture in honour of Dele Giwa, so as too commemorate the first anniversary of the #EndSARS protest.

Dele Giwa who was the founding editor-in-chief of Newswatch magazine. He died 35 years ago.

The event is organised by the African Centre for Media and Information Literacy, in partnership with Wole Soyinka Centre for Investigative Journalism, Enough is Enough Nigeria, National Consultative Front, PLAYYA and MILID Foundation

In addition, the event will also mark the public presentation of Remaking Nigeria: Sixty Years, Sixty Voices – a book of 60 essays by 60 young Nigerians which salutes 60 years of Nigeria’s independence and points the way towards a better country.

The #EndSARS advocacy made global headlines last October when young Nigerians across the country and in major cities around the world embarked on protests against persistent brutality and rights violations by the Nigeria Police Force.