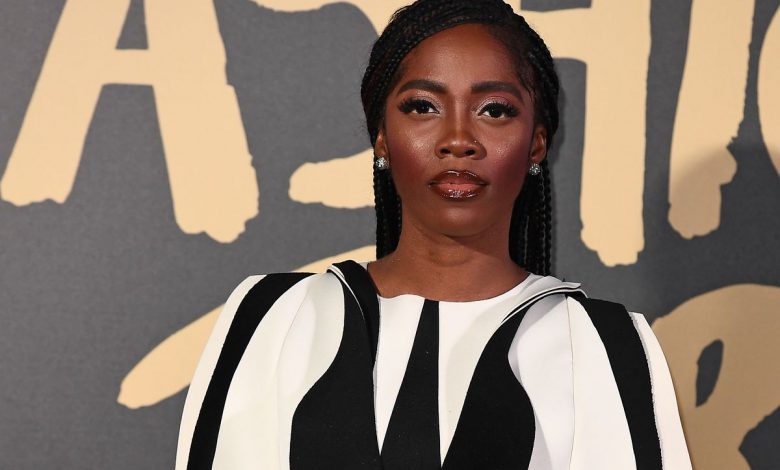 Actress Mercy Aigbe and singer, Harrysong, have drummed their support for Tiwa Savage amid her sex tape saga.

Recall that two weeks ago, Tiwa Savage had revealed during an interview with American OAP, Angie Martinez of Power 105.1, that she was being blackmailed by an unknown person who threatened to release a sex tape that featured her and her current boyfriend.

The singer revealed that the blackmailer demanded money from her so as not to release the sex tape but she has decided not to pay the money.

On Monday night, the sex tape of Tiwa and her alleged boyfriend was revealed in the video.

As the video has gone viral, social media users on several platforms have taken to their accounts to air their opinion on the situation, fans blame the singer.

However some celebrities have show support for the singer, as they uploaded her picture and hailed her on Instagram.

Former Big Brother Naija finalist, Angel earlier slammed critics for blaming the singer, adding that leaking such a video is a criminal offense.

Aigbe wrote, “Forever a Queen.” In another post, she said, “Nobody, I repeat, Nobody holy pass. Big shame on blackmailers. Shame.”

Harrysong said, “Tiwa has won my heart. Number one right now. On fact, I need that collabo. @tiwasavage. Strong woman.”

Actor Ik Ogbonna and media personality, also shared a picture of her on their separate Instagram accounts, calling the singer a queen.

Omotunde Adebowale-David, known for her role as Adaku in Jenifa Diary, wrote, “Let them who’s without sin cast the first stone is Jesus standard. We learn and continue to correct where we err.I will always honour the woman I know you to be. May God engulf you with his love now and always.” (sic)