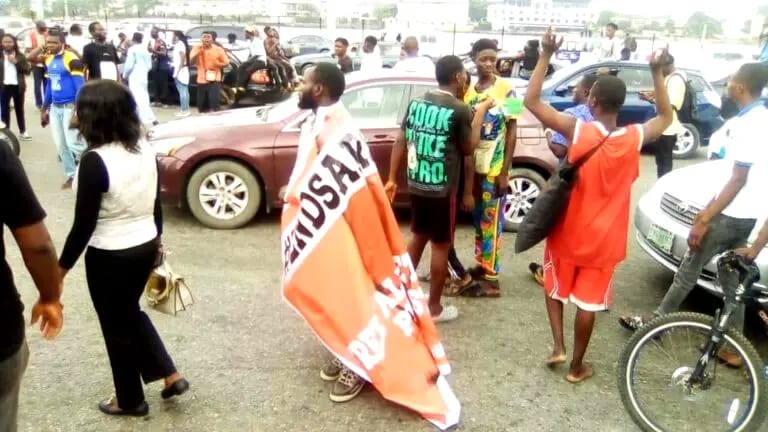 Several followers of the detained Yoruba Nation agitator and activist, Sunday Igboho have joined in the ongoing EndSARS memorial protest happening in Ibadan.

Scores of EndSARS protesters have taken to the streets of Ibadan, the Oyo state capital in commemoration of the first anniversary of the protest and were later joined by Igboho followers with a banner “Free Chief Sunday Igboho”.

While speaking to newsmen, the protesters demands the release of all protesters who have been detained since the protest held last year, accusing the government of not being upright.

They stressed that government should not only prosecute protesters arrested but also prosecute Policemen who shot at protesters as well adding they will not back down until all detainees are released.