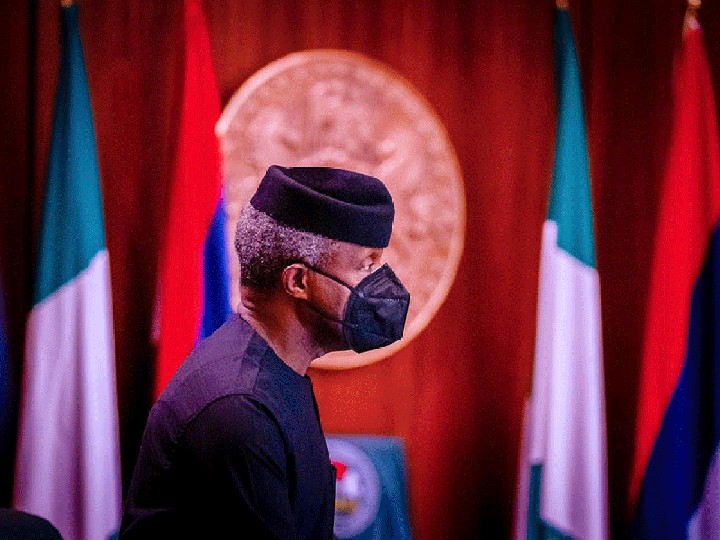 Vice President, Yemi Osinbajo, has said young Nigerians need to get involved in politics in order to make a change in the nation.

Osinbajo said the only way Nigeria can be transformed is largely dependent on the actions and decisions of those who occupy public offices hence the reason young people in Nigeria must get involved in politics.

The Vice President said this on Wednesday at a virtual forum where he interacted with Nigerian Fellows of the Mandela Washington Fellowship for Young African Leaders.

According to the VP, “You need to go the extra length if you are not already involved, get involved in politics while a lot can be achieved in civil society, the government still holds the ace in terms of capacity and resources to bring social goods to the largest numbers.”

Recalling his days in civil society engagements, Osinbajo said it took public office for him to be able to get the scale of change that is required to make a difference.

He said, “Without public office, I would have remained a pressure group activist, I would have done some nice things, but I wouldn’t have been able to make the changes that my country required.

“Besides, being deciders instead of pressure groups at the table in policy formulation are hugely different positions. The consummation of our great ideas to transform our societies ultimately will depend on “those politicians” as we sometimes derisively describe them.”

The VP noted that Nigeria alongside African nations can’t afford to have its best minds and most committed social activists remain only in the civil space.

“No, we simply cannot afford it, you have to get involved in politics. You have to be in the position to make the difference on the scale that is required.”

“There would be many challenges even in the winning or getting heard in politics but I want to say to you that it should be an objective that you should set for yourselves, to get involved at whatever level of politics so that you can make the difference on the scale that is required,” Osinbajo said.