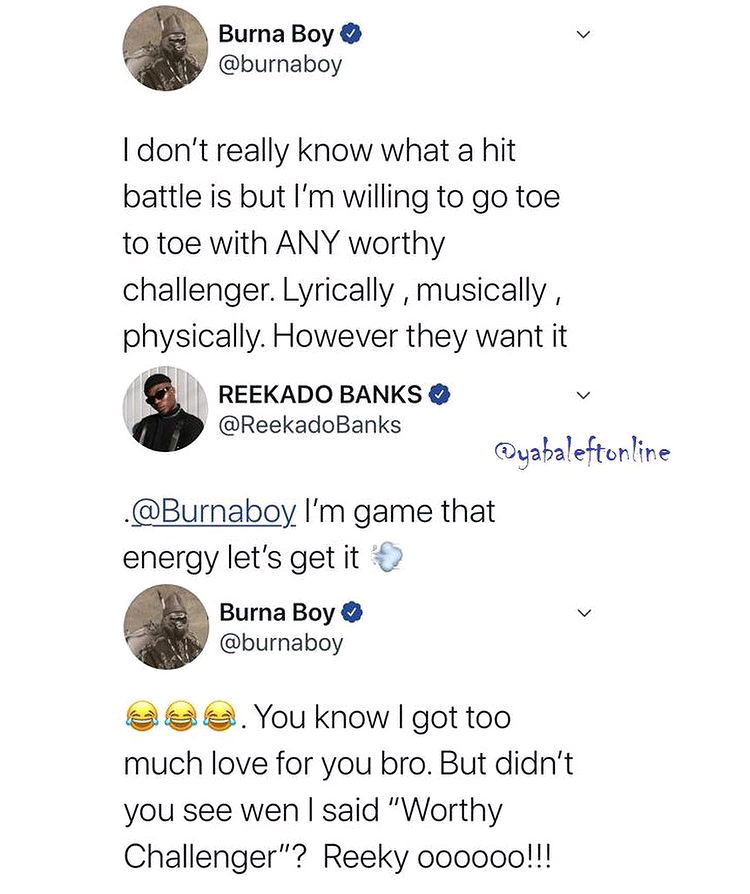 After a long silence, Reekado recently released a new track titled, Ozumba Mbadiwe, to celebrate the protesters who lost their lives during the EndSARS protest in October 2020. Although fans speculates that the lyrics of the song is a shade at his colleague, Burna Boy.

Recall that in March 2020 Burna Boy stepped on the toes of Reekaddicts (fans of Reekado Banks) after the ‘On the Low’ singer insinuated that Reekado is not a worthy challenger if they should ever do battle ; lyrically, musically and physically.

The drama began when a fan prompted Burna boy to declare that he’d go toe to toe with any worthy challenger in the music industry.

Burna Boy had written; “I don’t really know what a hit battle is but I’m willing to go toe to toe with ANY worthy challenger. Lyrically , musically , physically. However they want it”.

Reekado then replied Burna, tweeting; Burnaboy – I’m game that energy let’s get it.

However, Burna boy would not have that because he does not see Reekado as a worthy challenger.