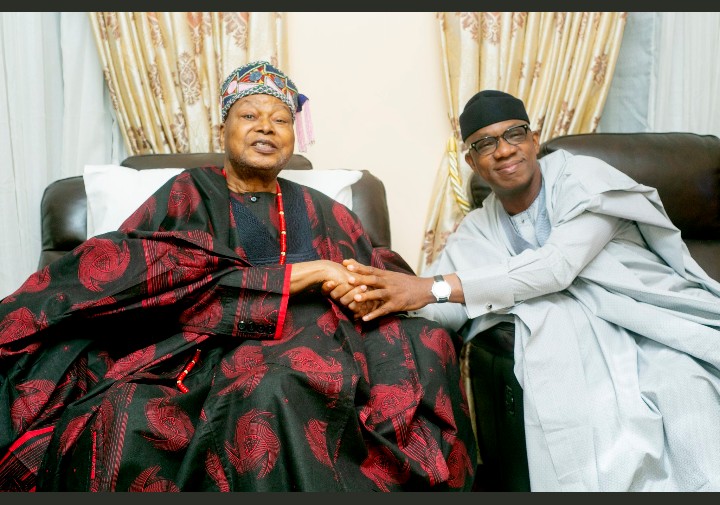 The first class monarch advised the Governor to channel loans taken towards capital projects that would enhance the Internally Generated Revenue in the state.

Adetona spoke shortly before the inauguration of Akarigbo and Paramount Ruler of Remoland, Oba Babatunde Ajayi as the Chairman of the State Traditional Council.

The monarch who is the immediate past chairman of the council, in his remarks, lauded the Governor for his tenacity to generate revenue for the developmental projects in the state .

Awujale’s speech was read by the Permanent Secretary, Ministry of Local Government and Chieftaincy Affairs, Kolawole Fagbohun, at the occasion.

He said, “Similarly, I must commend your Excellency for the tenacity at which various financial obligations of the state government projects are met, considering the dwindling revenue allocation couple with the current reality of national economy.

“However , permit me to advise that such loans should not be expended on current expenditure such as payment of salaries , they should be invested in infrastructure that will further boost the economic activities in the state.”

Awujale, however, accused the Governor of concentrating developmental projects in Abeokuta, the state capital.

Adetona said he had observed that Abeokuta had attracted more of the infrastructural projects at the detriment of other parts of the state.