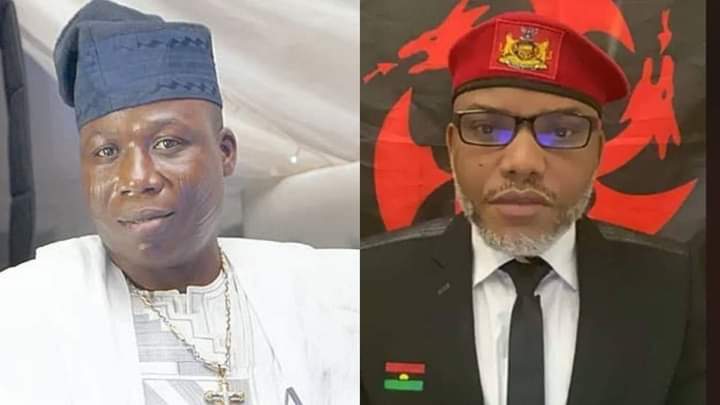 Adeyanju hinged his assertion on the basis of the freedom enjoyed by Sheikh Ahmad Gumi, who he largely describes as a “bandit sympathizer”.

The government critic also said since President Muhammadu Buhari pardons terrorists, there should be no “justification” for his ‘contempt’ for separatists.

“Nnamdi Kanu & Sunday Igboho will soon be free. If the Minister of Banditry, Gumi can be free, why should people demanding for self determination be locked up? If Buhari can forgive terrorists weekly, what is his justification for the hatred for agitators?” Adeyanju wrote on his known Twitter handle on Tuesday.

Kanu, the leader of the proscribed Indigenous People of Biafra (IPOB), is currently facing trial on a seven-count amended charge bordering on treason and terrorism. The Federal Government had blamed him for the murder of Dr. Chike Akunyili, the husband of a former Director-General of the National Agency for Food and Drug Administration and Control (NAFDAC), late Prof. Dora Akunyili.

A Presidential committee set up by President Muhammadu Buhari, had also accused Kanu of being responsible for the murder of a former presidential aide, Ahmad Gulak, and over 184 others in the South-East.

On the other hand, Igboho is currently in a detention facility in Benin Republic after he was arrested in Cotonou on July 16, 2021, with his wife, while trying to flee to Germany.