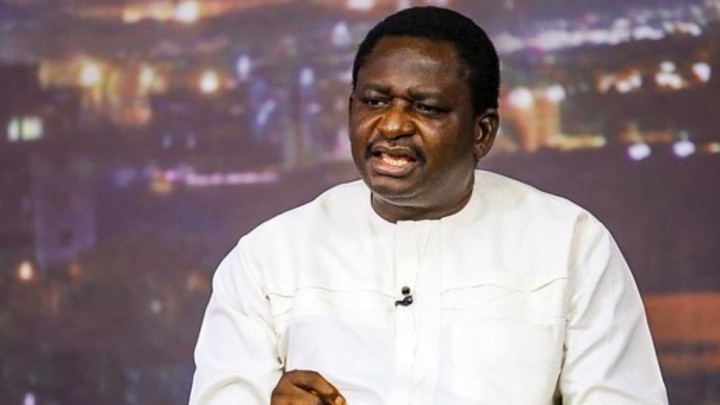 The Presidential Spokesman, Mr Femi Adesina has described as fake, reports that the aircraft in which President Muhammadu Buhari recently travelled to the United States developed fault mid-air and that the president escaped narrowly.

Adesina described the reports published on some online platforms as an example of fake news that has become a major vice and threat to information dissemination in the country.

“Where is the mishap? It is a lie it never happened. Do you know the number of people that have been misled by this fake news?

“Fake news is a problem not only to Nigeria but to the whole world. The traditional media should be careful of fake news because we must first have a country before digital media can be useful to us.

“We must not allow digital media to be used to destroy our country. Digital media is good but there is evil embedded in it.” Adesina said.

The presidential spokesman, who said he has been a victim of fake news on many occasions, spoke in Abuja on Friday at the public presentation of a book, “101 fake news on EndSARS,” a publication of PRNigeria, authored by a journalist, Dahiru Lawal.

Adesina, who cited instances where his views were misrepresented by purveyors of fake news, expressed disappointment that members of the Yoruba group, Afenifere allowed themselves to be misled by fake news about his recent comparison between Buhari and some past political leaders.

Adesina, who noted that fake news was instrumental to the EndSARS protest and the massive destruction witnessed, said the problem would be more pronounced as the 2023 general elections draw close.

The presidential spokesman, who urged all to be vigilant, praised the initiative of those behind the book.