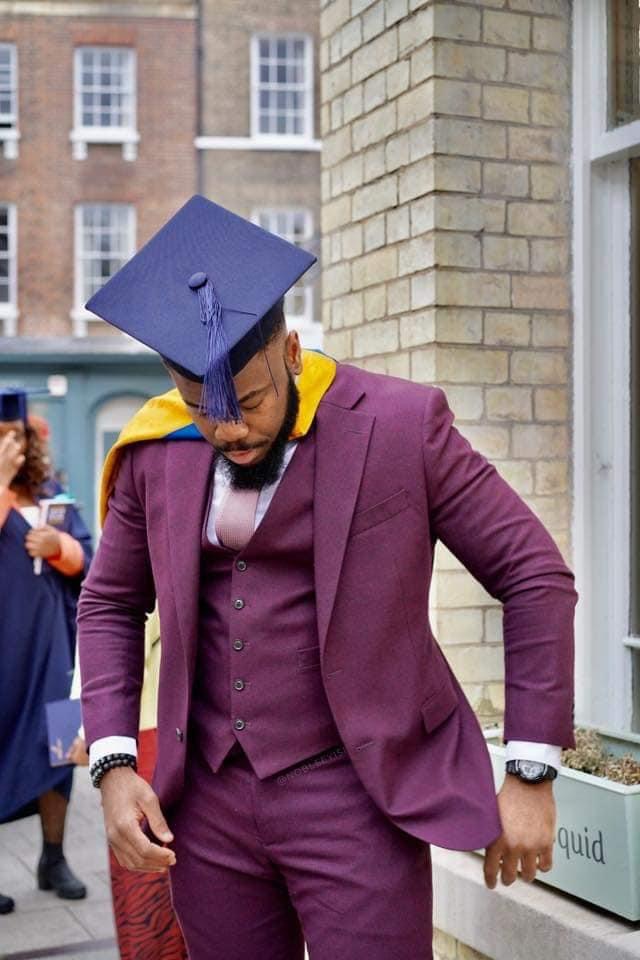 Mr. Eyisi became popular following his ordeal with UNIZIK Authorities in 2015 for questioning what he perceived as unjust financial burden placed on students of the institution by the Management as at the time he held sway as SUG President.

He was impeached by the Students Representative Council of the institution on the instances of the Management and was later suspended by same University authorities.
As fate would have it, the young man left the shores of the country when he couldn’t get justice from the courts.

The young smart Eyisi took the world by surprise in 2019 when he bagged First class honours in Law with Politics at the University of Hull.As one destined for greatness, Noble just bagged yet another Distinction in International Commercial Law.

Celebrating his latest achievement on his Facebook page, he wrote:

“It’s not coincidence and it’s not luck. I know it comes from above. I’ve got miracles, a million little miracles’.

“This one feels different for so many reasons, one of which was becoming a dad to Chimdaalu, having to do three jobs while attending my lectures and studying and being a husband to my beautiful wife. But finally, thank God it ended with praise.

“I just want to say a huge thank you to everyone who made this possible, from my family to my mentors. I appreciate you all a lot.

“I’ve embarked on a different journey now as I wait to do my PhD and I hope you’ll be kind enough to follow me on @noblenigeriaorg as we try to build a Nigeria that we all can be proud of and call ours”, he added.