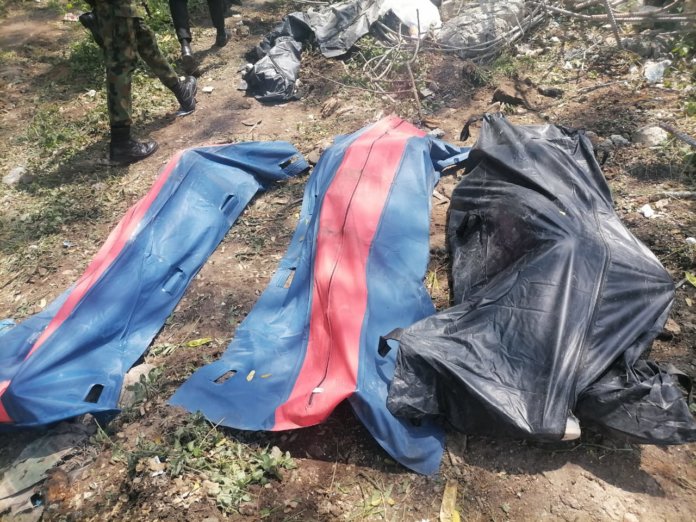 The death toll at the Ikoyi building collapse incidence has increased as rescue officials have recovered 20 bodies buried under the rubble of a 21-storey building collapsed on Monday in the Ikoyi part of Lagos, the National Emergency Management Agency (NEMA) has said.

It was gathered from witness that about 50 persons under the rubble of the building, situated on Gerard Road, were trapped .

Residents and family members of persons trapped under the collapse besieged the site on Tuesday, furious that rescue operations were slow.

On Monday, it took over four hours for excavators and other heavy equipment to arrive at the site.

A relative, who declined to say his name, said he has three siblings in the collapsed building. He was seen crying and urging security agents to allow him and other men to assist in the operation.

Another relative said his elder brother, who is an engineer, is still trapped beneath the rubbles.

“His name Engineer Efe Martins, yesterday was one month he joined them. As at 1:04 p.m on Monday, he sent a picture to us of this building that he was working there. He was downstairs having a meeting with the proprietor, the principal – owner of the property, because he sacked a guy recently and he was trying to get him back in.”

He said his brother is 54 years old, and the first born son of their parents.

On Tuesday, the Lagos State government deployed more equipment and manpower to the scene of the incident.