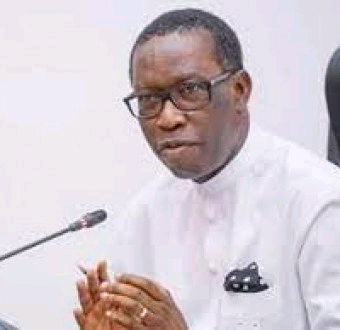 Delta state governor, Ifeanyi Okowa is of the opinion that Nigeria is getting to the point where even the middle class may go hungry due to the prevailing food crisis.

He said this when he appeared on Channels TV on Monday to speak on the recently concluded PDP convention. He said Nigerians know that the Peoples Democratic Party (PDP) will do better than the All Progressives Congress (APC) if the opposition party assumes power in 2023.

I believe that Nigerians are able to see for themselves that the PDP came in at a time when things were really very difficult and we were able to build a foundation. We started building on that foundation that was laid by the Obasanjo administration and we went on.

Apparently, it appears that everything is tumbling down. Everything is just going in the reverse in such a manner that is not good for our nation.

Look at the time the PDP was in power and when we were leaving — the naira to dollar level and what it is today. There are too many issues. We are getting to a stage now where we are not even sure of food even for the middle class not to talk of the very low class.

Most of the things that we see today that has brought Nigeria on good strides were actually foundations laid by the PDP. And looking through the economic projections, you will find out that we have gotten it all wrong in this current administration.

I believe that Nigerians know the truth and Nigerians do know that PDP will do better than APC. There is no competition. There is no comparison at this level because the truth is quite clear that we are actually not moving in the right direction under the APC governance.”