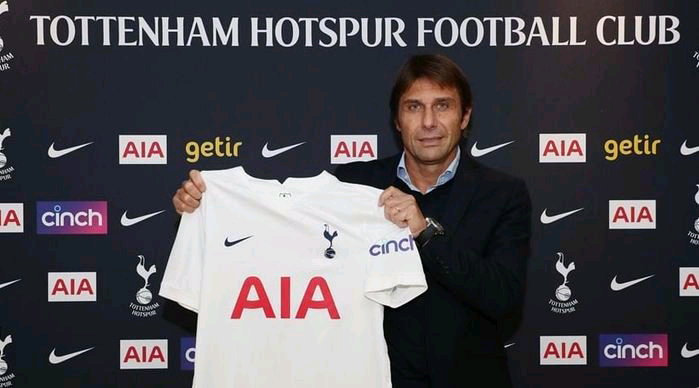 Tottenham Hotspur have announced the appointment of Antonio Conte as manager.

This is coming barely 24 hours after the sacking of Nuno Espirito Santo who was formerly the manager.

“We are delighted to announce the appointment of Antonio Conte as our Head Coach on a contract until the summer of 2023, with an option to extend,” the announcement read on the club’s website.

Before the appointment, Conte had led Inter Milan to its first Serie A title in the 2020/2021 season, ending Juventus’ run of nine successive Scudettos.

Speaking after signing with the club, Conte said, “I am extremely happy to return to coaching, and to do so at a Premier League club that has the ambition to be a protagonist again.

“Tottenham Hotspur has state-of-the-art facilities and one of the best stadiums in the world.

“I can’t wait to start working to convey to the team and the fans the passion, mentality and determination that have always distinguished me, as a player