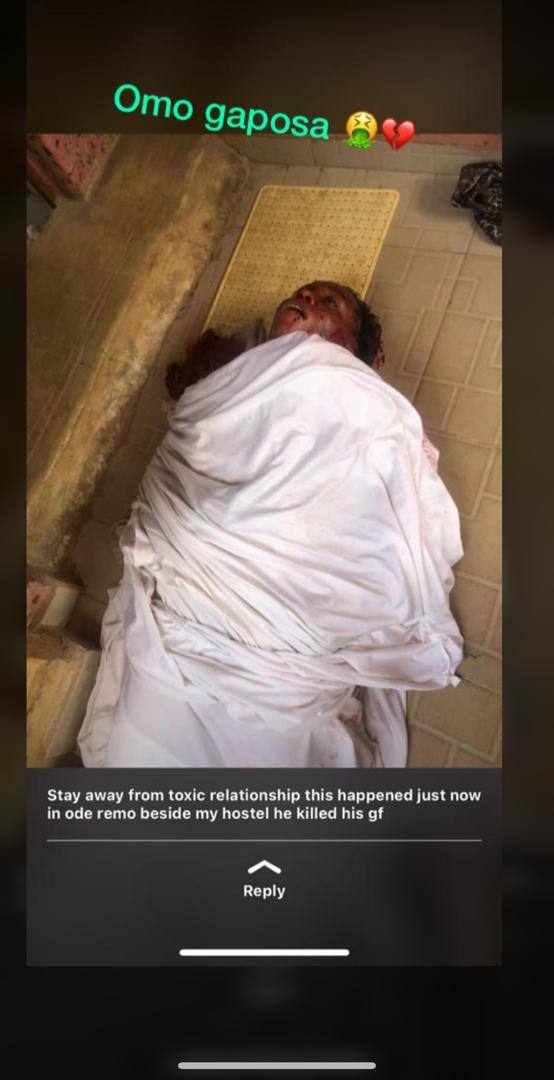 A male student of Gateway ICT Polytechnic Sapade, Ogun State whose name has not been identified has been arrested by police for Allegedly murdering his girlfriend.

It was gathered that the boyfriend killed her after confronting her when he discovered that she is cheating on him leading to a heated argument between the two lovers.

Angry youths have gathered at the scene of the incident and have seriously beaten the suspect who was handcuffed. More details soon.