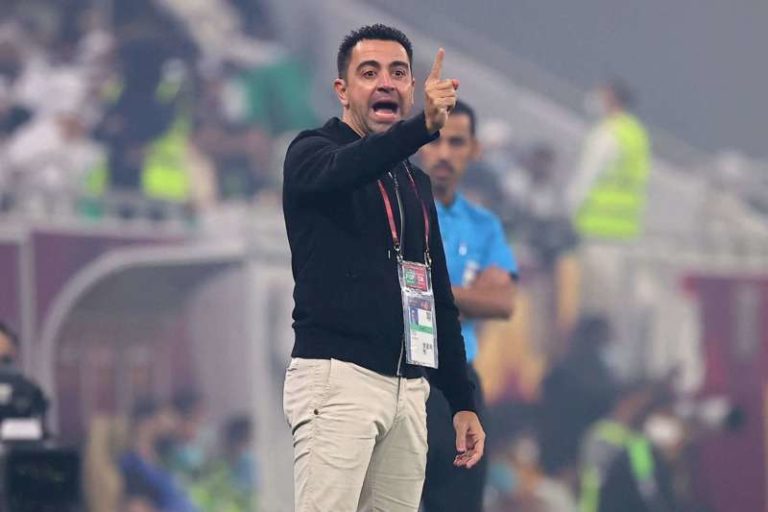 The former midfielder has been the only real option since the dismissal of Ronald Koeman. Xavi has been the straight option on this occasion.

The Al Sadd coach has made his desire to coach Barcelona well known. The legendary midfielder is seen as the one to bring a new direction to the club in this time of transition.

Xavi has been their manager ever since he quit professional football.

The club’s sources say that the first contacts between Barcelona and Al Sadd were very positive and that the signing would be completed without any complications, as relayed by Gerard Romero.

Moreover, the Blaugranas were said to have negotiated a deal that would see them not pay any fee. A friendly match seemed set to be scheduled instead.

Yet, Al Sadd’s CEO Turk Al-Ali has come out today to derail Barcelona’s pursuit of Xavi.

He announced that the Qatar-based club had no intention of parting ways with their manager.

“We welcome the visit of the administrative delegation from Barcelona, and we appreciate and respect this.

“The club’s position is clear from the beginning – we are committed to keeping our coach Xavi with us and we cannot have him leave at this sensitive time of the season.”

This news is anticlimactic to Barcelona’s pursuit of their former player. A possible reason for such a statement from the Asian club could be that Al Sadd’s representatives wanted Joan Laporta to travel to Qatar to personally oversee the deal.

But, the President opted not to travel and sent a team of Rafael Yuste and Oscar Grau instead.

Barcelona who is still positive that a deal will be finalised in the coming days.