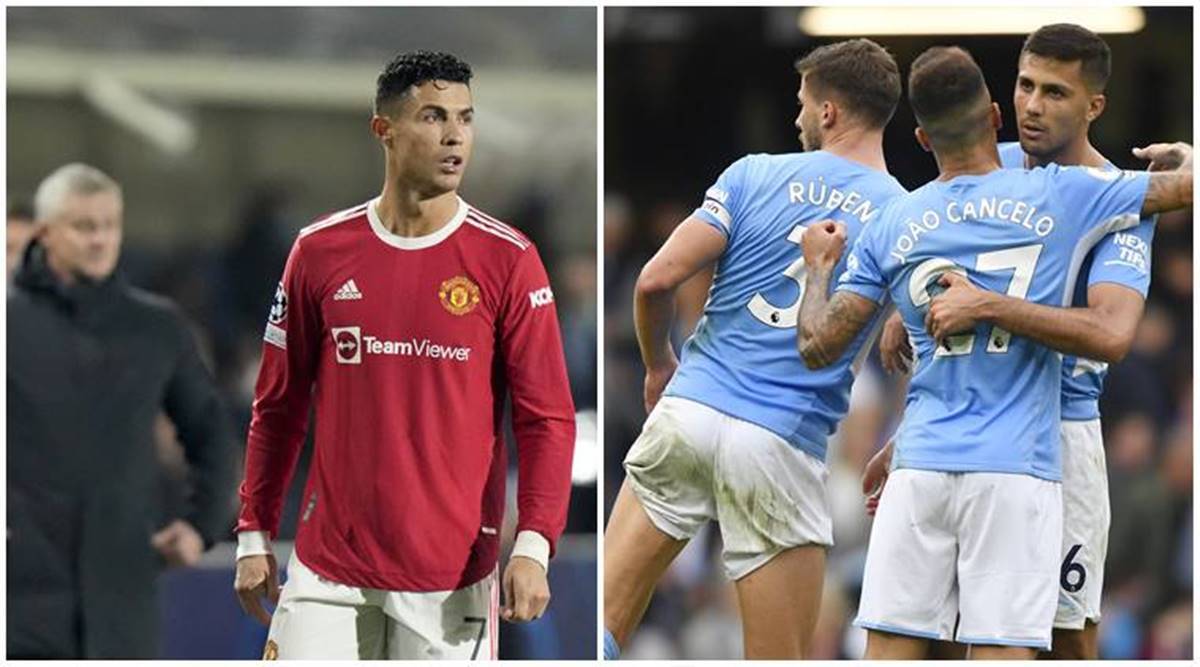 Premier League champions Manchester City had a 2-0 win over struggling Manchester United in their match at Old Trafford on Saturday.

Man City were handed an ideal start, going ahead in the seventh minute with an own goal from United defender Eric Bailly.

United, shaky at the back despite playing a three-man central defence, relied on goalkeeper David De Gea to keep them in the game as the Spaniard made a series of saves.

Just before half time, Bernardo Silva added the second goal.

Man United are now winless in their last four home league games, losing three of them. City are second, two point behind leaders Chelsea who host Burnley later on Saturday.

Solskjaer said that his United side look a long way off Manchester City and being able to challenge for the Premier League title.

“At the moment we are but we have to get back to how we started to look like,” he added.

“We started to look like a proper team towards the end of last season and the start of this season. We have to get back to that.

“When they got the first goal, it was always going to be difficult anyway but being 1-0 down was hard. David kept us in the game with some god stops then they scored a goal they always score.

“They played well, they don’t give you opportunities to win the ball off them. We were not at our level or standards.

“We didn’t trust ourselves with the all, we didn’t pass as well as I know they can do and we didn’t find the angles. Sometimes that’s also the team you are playing against”

Pep Guardiola, speaking to Sky Sports after his side beat Manchester United 2-0 at Old Trafford said:

“I am so demanding, we are so demanding for ourselves but I am very pleased. This is the game we needed. They [Manchester United] are so dangerous. That is why we had a game with a lot of control. If you let them run at Old Trafford it is a little bit like Anfield. They are built for that.

“We played the game we needed today. You have to play quick, to move the ball and do the touches every player need but also try to put the ball in the pocket. The game was 2-0 and everything was comfortable.

“Right now Chelsea are unstoppable. We know we cannot drop much points to be close to them but against the big six we performed well.

“The most important thing is we came to Old Trafford and can say these guys played good. This is what I am happy the most after six years here. We tried to play our game.”