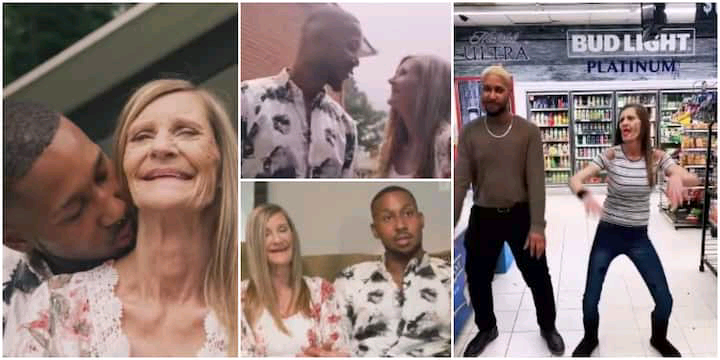 A 24-year-old man, Quran, married his lover, 61-year-old Cheryl after 8 years of being friends with the mother of 8.

The young man stated although people say she is old enough to be his grandmother, his love for Cheryl is unshaken,Quran while speaking on how their romantic relationship kicked off said their mutual Tiktok interest brought them close

According to the young husband, their mutual interest on social media platform, Tiktok, ignited their friendship which would later turn to be a lovely relationship.

Quran said he actually made the move first by asking Cheryl out to which she consented.

Speaking on the fame their union has brought, the couple said they have a combined followership of 1 million on social media and get up to 10,000 hate comments per day.

Quran said some persons mock him that Cheryl is old enough to be his grandmother, others say he is after her money and there are those who think they are faking it considering the 37 years gap between them.

But the lovers are unmoved by all the criticisms.