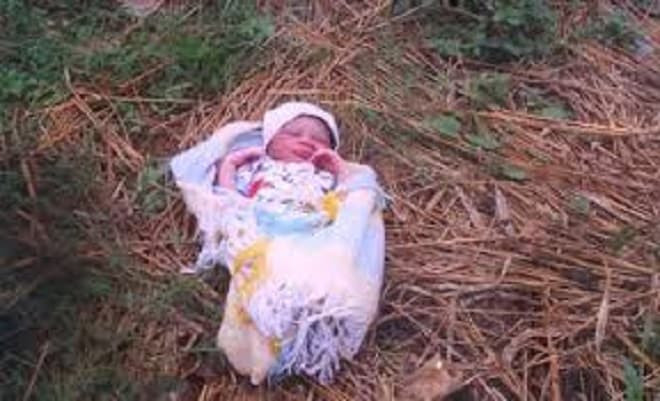 Joy told journalists that she was going to her farm after it stopped raining when she noticed the bag and that she found the child struggling for survival, having mud all over her body even as soldier ants had eaten her head, face and buttocks.

“I summoned courage, clutched my scapular and dragged it. Then I noticed that it was a child struggling for survival. She had mud all over her body even as soldier ants had eaten her head, face and buttocks.

“Amidst her decaying and smelly body, I picked and wrapped her. I proceeded to ‘D’ Division Police station and they later referred me to the Command headquarters, where they took my statement and told me to take the baby to the hospital for immediate medical treatment.

“Then, I went to my sister called ‘Mama Nigeria’ who wasted no time in involving a security aide to Governor Samuel Ortom, Tughgba Nightfall.

“And courtesy of the aide, we ended up at Olive Vine Children Health centre located on SS8 Kwararafa Quarters off Atiku Abubakar Road, Makurdi.”