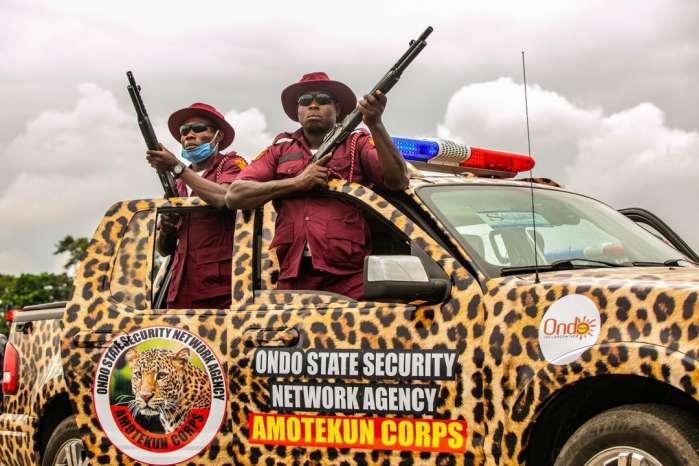 A suspected notorious kidnapper and rapist ihas participated in different abduction that took place on Ondo State according to the State Commander of Amotekun, Adetunji Adeleye.

Adetunji informed that the suspect had at different occasions collected ransom after he had allegedly kidnapped some people.

He said the suspect was arrested alongside three other members of his gang after they had allegedly gang-raped a girl who they kidnapped.

Adeleye said the suspect was arrested, following a tip-off from members of the public.

He said “this suspect is highly notorious. He has participated in many cases of kidnapping in the state.”

He reiterated the commitment of the corps to fighting criminal activities in the state.

Adeleye said Amotekun will always work with other security agencies to rid the state of criminals.

The Amotekun boss said it is wrong to politicise criminality, saying “efforts must be geared towards ensuring that the people are well-protected, in conjunction with other security agencies.”