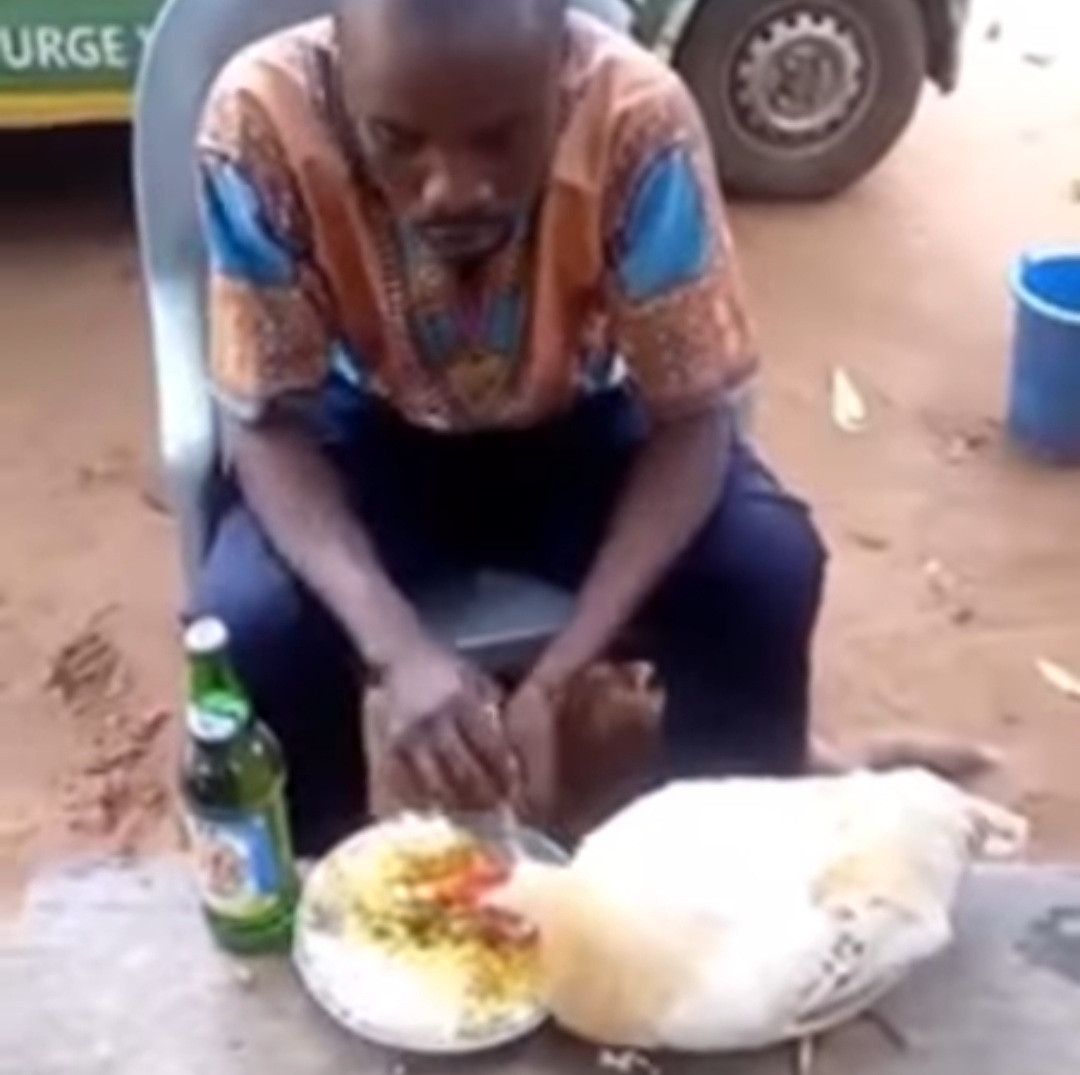 A man was videoed sharing a plate of his meal with a hen.

At some point, the hen is seen going for the meat in the plate.

Moreso, the man is heard saying that after the plate of rice, the hen will still eat noodles.

The men at the scene were shocked, one of them  said he’s never seen a thing like that.

Watch The Video Below.