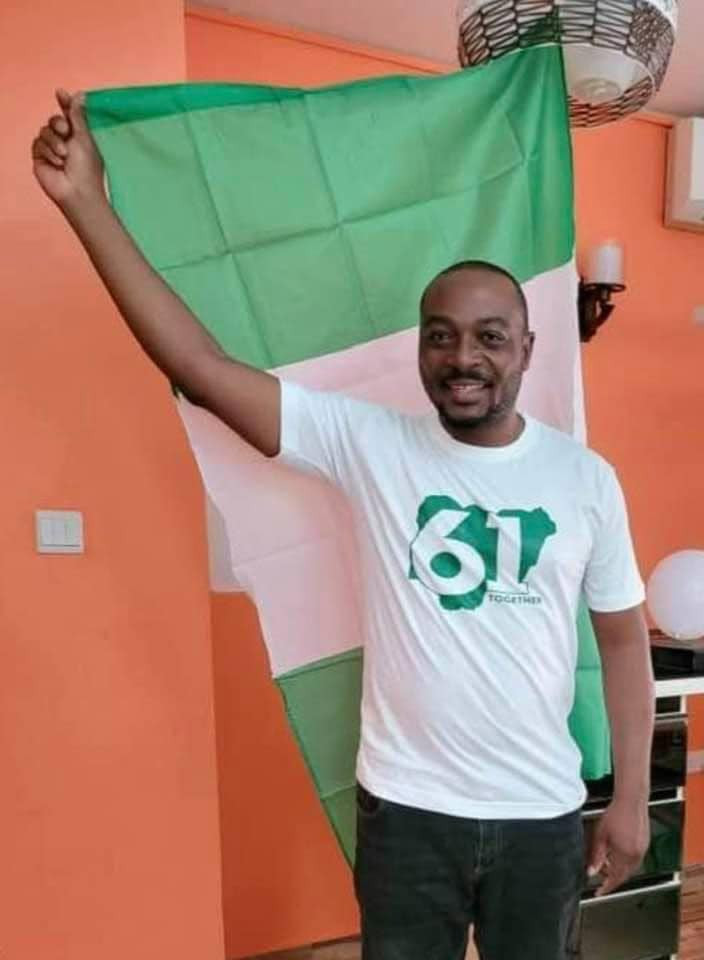 Vanguard reporter, Tordue Henry Salem, has been found dead 29 days after he went missing in Abuja.

His death was confirmed by Vanguard on Thursday night November 11, however details of the circumstances surrounding the recovery of his remains are still sketchy as at the time of this report.

It was gathered that Salem who was covering the House of Representatives, was last seen between the hours of 8 and 9 pm on Wednesday, October 13, 2021, after he closed from work.

He was said to have alighted from a cab at Total filling station, close to the Force headquarters, and headed for B.J’s garden, in the company of a female relative.

Thereafter, he reportedly flagged a cab for the lady who left before him, informing her that he was going to Area 8, Garki. But he was never seen until his remains were recovered on Thursday.

An alarm on his mysterious disappearance was raised the next day, from where the matter was directed to the Intelligence Response Team , IRT on October 16, 2021.

Efforts to locate his whereabouts since then by his colleagues, relatives and security operatives have proved abortive.

Salem’s sister Jessica revealed that his daughter had been asking why her father is not calling to talk to her.

On Monday, October 25, members of the Nigerian Union of Journalists (NUJ) stormed the Nigeria Police Force’s headquarters in Abuja to protest over the missing reporter.

The House of Representatives on Tuesday, November 9, asked security agencies to investigate the circumstances that led to the disappearance of the journalist and do everything within its means to secure his release.

According to Vanguard, some arrests were reportedly made. Among them was that of a man who was picked for attempting to extort Salem’s family.

The suspect identified as Prince Enyenihi, 25, contacted Mrs Salem on October 26, 2021, via a text message with a concealed number, requesting for N100 million ransom, to be paid as ransom for her husband’s release.

Part of the text message read: “if you don’t pay, Tordue will be killed in seven days. For more information, call this number”. The text message also contained an account number the money should be paid into.

This was followed by a call with a concealed number to Salem’s wife the next day,. Mrs Salem requested to speak with her husband, to ascertain he was alive before negotiation would begn. But the caller gave the phone to someone who tried to play along.

When she noticed that the voice did not sound like her husband’s, she asked the stranger to mention the name of their daughter and her birth date, a question that met dead silence at the other end.

Same evening, another call with a concealed number was received by Mrs Salem, requesting to know if her husband had been released. The confused woman was said to have requested why the caller had his number concealed.

On October 27, another text me came on a bulk text message platform, ordering the family to pay the N100 million ransom before the next day, failure of which they would kill Salem.

The Police swung into action first, by de-encrypting the number that called and traced its owner to a lady in Port Harcourt, Rivers state.

However, during interrogation the lady who owns Joy Skin Care denied culpability, stating rather, that a particular number had been calling her line since October 26, 2021.

Vanguard gathered that when on further checks operatives discovered that the number was same with that used to contact Mrs Salem , consequent upon which 25-year-old Enyenihi was arrested on November 5, 2021.

During preliminary investigation, it was discovered that he was next door neighbor to the beautician. During interrogation, he disclosed that he got information of Vanguard reporter’s disappearance on a flyer that went viral on social media, which had the number of Mrs Salem as the contact person to report to if found.

The suspect further stated that he sent the text messages without the knowledge of his female neighbour, adding that he got his neighbour’s telephone number and account details from her Facebook page.

“I knew the family wouldn’t pay the money. I used the owner of Joy beauty skin care ‘s account details in order to punish her for always talking to me anyhow” he said.