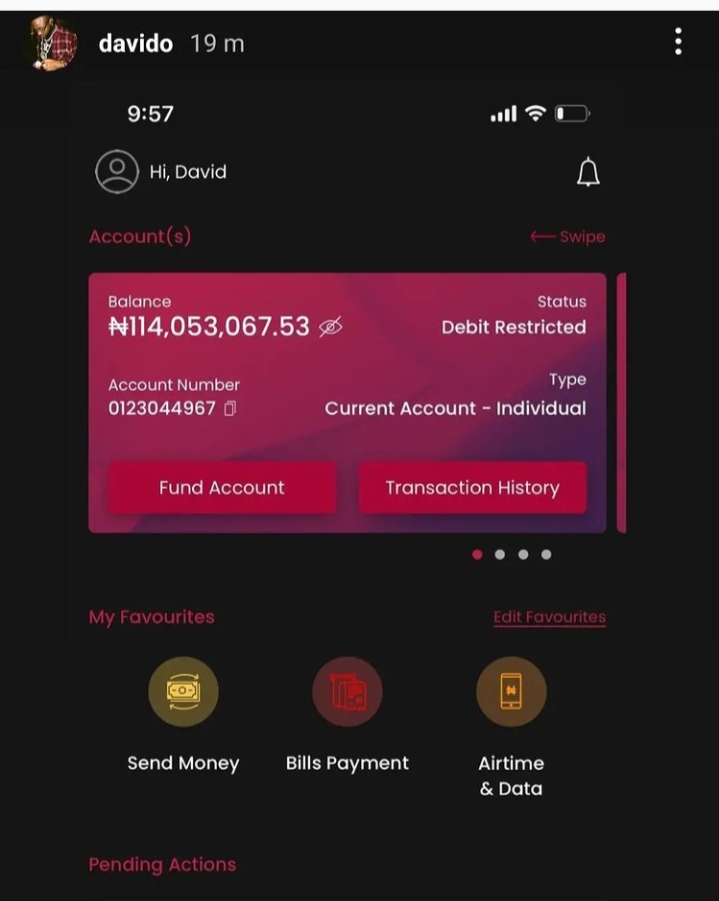 Singer Davido as at few minutes ago, has raked in 114 million after asking his friends and fans to gift him one million each ahead of his birthday on November 21.