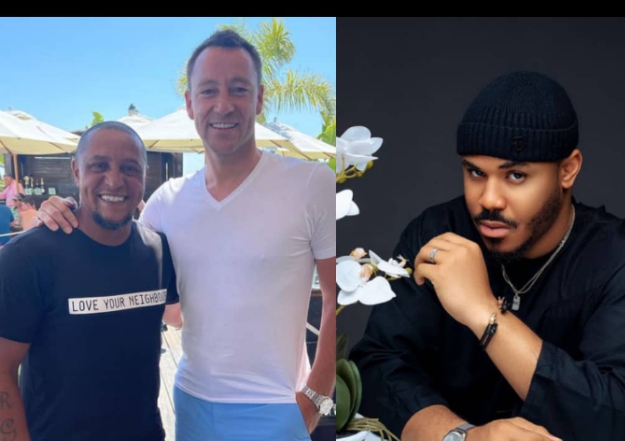 Ozomena Joseph Chukwu was seen together with the Brazillian Footballer and Chelsea Legend at the Lagos International Airport.

The two arrived ahead of the Budweiser Game of Kings. The game has been running from October 2021 to November. A campaign open for persons above 18years.

The Budweiser game is a game organized by International Breweries Plc. It’s been ranked as the world’s largest brewer with over 400 brands globally.

The fans of the BBnaija star were so excited to see him with the Chelsea legend and Brazillian Footballer after he uploaded a video welcoming the two international star on his Instagram page.